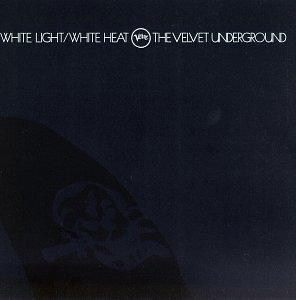 There’s a girl who works in my office. She’s not in my department and I barely speak to her, but she’s worth mentioning here because she has this very subtle Welsh twang in her voice – it’s too soft to even call an accent, but it’s captivating, it’s lovely. See, I was born in Newport, and the South Wales accent in particular always kind of resonates with me; perhaps it’s the guilt of the homeland calling, perhaps it’s early childhood memories, or perhaps it’s just because it’s generally a nice accent. Whatever it is, it always sounds like home.

Which is why even when it shows up in totally out-of-place scenarios like the second track of a Velvet Underground album, I’m enraptured.

The track in question is “The Gift”, which merges the strange tale of Waldo Jeffers and his decision to mail himself to his college sweetheart, with a grinding rock soundtrack on each stereo track. It’s a bizarre cacophony that skirts with over pretension, but it’s John Cale’s narration that saves it – that familiar Welsh lilt sounding all the richer as he tells the deadpan tale.

It’s a standout track on an album that, while I shamefully admit to only discovering for the first time with this 1001-quest, raised my eyebrows more than once.

The rest of Side A is a revved-up supercharged cacophony; from the amphetamine-laced title track to the pop-infused “Here She Comes now”, each track finds it’s own avant-garde push of the envelope – it’s not the most welcoming album on the first listen but it grows on you.

Side B though is where things get truly epic – between the atonal “I Heard Her Call My Name” (which the band hated), to the magnificent 17-odd minutes of “Sister Ray”, a punchy classic of degenerate grimy rock music that doesn’t cease its pounding distortion and rhythm all the way to its sticky end. It’s a true alternative rock classic, and it’s no coincidence that the first ad that brought The Buzzcocks together was for seeking musicians to collaborate on a cover of the song.

“White Light/White Heat” is either an uncompromising experience of inspired songwriting and raw production, or a bloody noisy mess, depending on what state your hangover is in. Either way it’s a landmark album, full of sleazy drugs and sex references and the confidence to break a few rules on its way onto the vinyl press. The sonic difference between this album and it’s predecessor couldn’t be more stark, but don’t be fooled – this is a remarkable creation that stands the test of time and still has a lot to say.