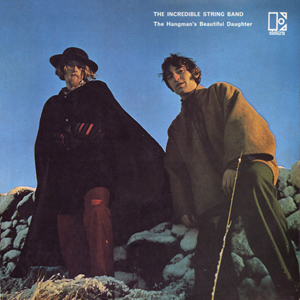 Me: Fucking hell, The Incredible String Band is next on the 1001 list. Why do I do this to myself?

Colleague: Oh Christ. Just grit your teeth or lie and say you’ve listened to it and it’s ok. People will understand. Plus, who wants to know about them anyway?

I’ve always been wary of the smartarse one sentence reviews you get from time to time. I have a distinct memory of my student magazine days when one reviewer managed to come up with “Moloko? Bollocko more like?” before walking around like he was fucking Tolstoy.

So, despite my bitching above, I promise that I did approach this one with an open mind. I remember Q Magazine raving about rediscovering The Incredible String Band from the bargain bins of various record fairs, and at the time Mick Jagger was a big fan.

I tried, I really did. And I will acknowledge that in this tree hugging dirge there are some touches of talent, some imaginative use of foreign music, travelling from Tunisia to India and the Orient. But still, from the slog of the first track of sitar-tinged folk through to the end (which I should get a medal for reaching) it’s all much the same.

Bloody hippies. Where’s Eric Cartman when you need him?