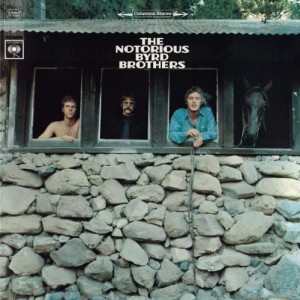 Of course, being both an aspiring muso and a socially paranoid chump, one of the obstacles with this blog is my fear of, well, just not getting it. This list is full of sacred cows and musical monoliths, and so if I come away feeling “Meh…” do I have the courage of my convictions to say so?

As I’ve mentioned earlier, the prevalence of The Byrds on this list has surprised me – this will be the fourth of five albums that feature here. Of the three I’ve done so far, each has been good in its own way, but looking back, none have really captured my imagination or had much of a play since (the exception being the slightly addictive “So you want to be a Rock and Roll Star” off “Younger than Yesterday”). So, after reading the massive gushing reviews elsewhere, it leaves me with the feeling that maybe there’s just something I’m not getting.

Whatever it is, it’s not here. Don’t get me wrong – I enjoyed this album. From a promising first encounter where “Artificial Energy” followed on from “Vincebus Eruptum” on my playlist and it took me a second to realise I’d moved on to the next album, I found a few pleasures here. There’s a wonderful version of Carole King’s “Goin’ Back” (a song that despite a ton of big artists’ cover versions I will always associate with Freddie Mercury), and some warm surprises like the vaguely sombre but dreamlike “Draft Morning”.

Really, the big things you need to know about this album are that it was the first to reflect a big move from psychedelic rock towards country, and the last featuring David Crosby. For me though, “The Notorious Byrd Brothers” was a soft-spoken album that only began to register its significance after a few listens. It is a delightful production, it’s upbeat (check out “Wasn’t born to follow”) and it’s musically rich (“Get to You” is gorgeous), but it’s not a revolutionary work, just a pleasant listen.

Or maybe that’s just me missing out again. I can hear you all laughing at me you know.