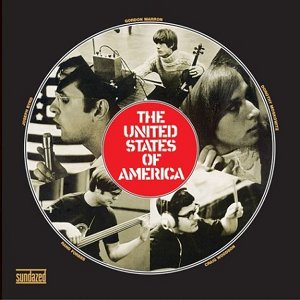 It must have taken some balls.

For all the countercultural mood of the late sixties, it’s worth remembering that the summer of love was happening in a very conservative America, and the social politics of the hippie movement would seem in places uncomfortable to the majority of us in 2014.

So to imagine a registered communist getting a record deal before ever playing live, and for them to use that contract to produce a mind-bending slice of psychedelia is hard to do. But that’s exactly what band leader Joseph Byrd managed to do with this SEO-unfriendly treat.

This is not an easy album to listen to. Straddling the awkward space somewhere between early Velvet Underground and Captain Beefheart-Zappa silliness, it’s uncompromising, it relies on electronic effects in a way that stood out from even the more avant-garde artists of the time, and while it’s fascinating in parts, you can sort of get why it wasn’t a massive hit on its first release and was only ‘rediscovered’ decades after (both Radiohead and Portishead have cited The United States of America as a big influence).

It starts off with characteristically cacophonous carnival noise (excuse the alliteration) before bursting into a surreal dreamscape of a song (think “Set the Controls for the Heart of the Sun” with Grace Slick on vocals and you get the gist). From there it moves into the rockier “Hard Coming Love” and the wonderfully floaty “Cloud Song”, where once again vocalist Dorothy Moscowitz channels Grace Slick. “The Garden of Earthly Delights”, one of the highlights of the album, is where she really gets her Jefferson Airplane soaring mind, and, as with many points on this album, you have to remember that for all the bass hooks and furious drum, this is rock music where a guitar is nowhere to be seen. No mean feat.

The most famous single, the Zappa-ish “I wouldn’t leave my Wooden Wife for You, Sugar” fits uncomfortably with the rest of the album, although it is occasionally catchy (as well as deliciously amoral).

Much of the rest of the album offers similar. “Where is Yesterday?” hits the dreamy psychedelia switch again, while “Coming Down” is short and rocky. “Love Song for the Dying Ché”, despite its mischievous title, is a smart and gentle track with some Indian influences while “Stranded in Time” is the most mainstream moment in the album, mixing strings (how old school!) with some very Macca-like chords and lyrics.

The final track, “The American Way of Love Part 1” is the one that pushes the boat out mind, and in its latter half where it all starts to get a bit “Revolution 9”, it does a clever trick of revisiting the rest of the album, which raises a smile.

This is an album that’s better in its ideas than its execution. Some of the sounds are surprisingly modern, with even a touch of dub here and there, but at the same time a lot of the electronic effects in fact date it all a bit.

The band didn’t last long, and Joseph Byrd eventually stepped back from hanging with the Bolsheviks, but in later years was a vocal supporter of Napster and now works as a music theory lecturer. Though this album is a more obscure moment in sixties alternative music, it’s a moment he can be proud of.