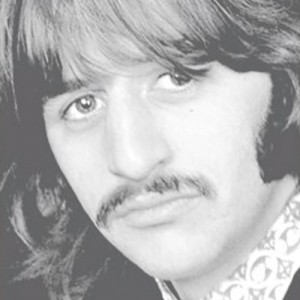 Arguably, side D is where it all unravels. It certainly feels shorter than the other sides, and more disparate, disobedient and untidy than what went on before. Up until now, the guys had been poppy, creative, and idiosyncratic on the previous three sides, but side D is harder to define, and in the case of the infamously maligned “Revolution D”, quite a lot stranger too.

Let’s start with “Revolution 1”. It’s relaxed and bluesy, with smart lyrics that address and satirise the social upheaval of the time, with Lennon wanting to ‘see the plan’. It’s a powerful song, but still one that reflects the time rather than preaches. It’s easily overshadowed by the mind-blowing single version that was the B-side to “Hey Jude”, a fast rock number that once again makes you wonder what the seventies Beatles could have been like, competing with Led Zep and Black Sabbath for attention.

“Honey Pie” is a straightforward music hall ditty that was typical of Paul’s stuff by this point, and while it’s got its charms, it doesn’t really bring much to the table. Still, if Queen and Blur could get away with this sort of this thing then fair enough I suppose.

In the history of rock, great songs have been sung about great subjects – love, death, hate, fucking, heartbreak and many more. “Savoy Truffle” on the other hand was written about how Eric Clapton liked eating chocolate too much. Still, while it doesn’t invite many fatwas or book burnings, it is still a great song, with energy, fire and a soulful backing sound.

“Cry Baby Cry” is charming in its own way, a Lennon jam with not much to say for itself, bar some lyrical sampling from “Sing a song of sixpence”. It’s also noted for its sharp contrast with what comes next.

What comes next… Ah yes, “Revolution 9”. What can you say about this bizarre nine minutes? I grew up thinking it was unlistenable dirge, the point where artistic pretension finally overtook them and they were creating shit. But then, as I gave “The White Album” the few proper listens it deserves for this massive review, I actually warmed to it. I like sitting and discovering new layers, new sounds, more Ringo shouting “financial imbalance… The Watusi…”, and I actually enjoy it.

If I have a gripe with it, it’s this – there’s no cohesion, nothing to tie it to and as such, the meaning is lost. Recently, Take 20 of “Revolution” did the rounds online and it’s like a great, slightly harder amalgamation of Revolutions 1 and 9, and to my mind, although it’s rough around the edges, it outshines them both.

It’s easy to see why people hated “Revolution 9”, and it’s interesting to consider that they never went down this route again (it’s worth seeking out the unreleased predecessor “Carnival of Light” as well by the way, which is even more eclectic). But to consider the world’s biggest pop group doing something this bold and avant garde is mind blowing…

… Over to you One Direction.

“Good Night” ends it all nicely. A lullaby John had written to his 5-year-old son, it’s haunting and hypnotic and a remarkable contrast to the strange-fest that preceded it.

It closes what is, for me, a remarkable album. It’s an album that perhaps lacked the finesse of “Sgt. Pepper”, “Revolver” or “Abbey Road”, an album that many believe overindulgent, overlong, and patchy. But it’s still unique, fascinating and even after twenty years of listen after listen, I discover new things every time.