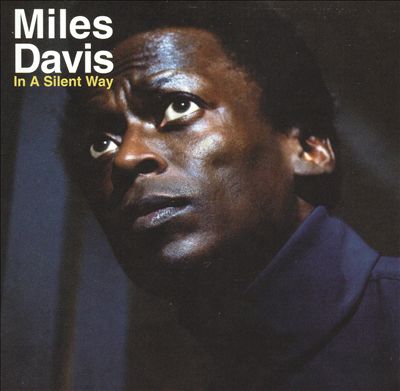 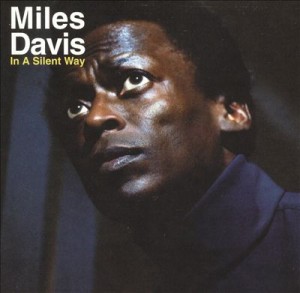 One of the things I’ve always liked about Miles Davis is, seeing as how I’m completely clueless when it comes to jazz, his career has the advantage not just of expanding from the mid-1940s up to guest appearances on “Miami Vice”, but also of being top of his game throughout.

“Kind of Blue” has always been a laid back favourite of mine, but “In a Silent Way” is an altogether different beast. For his traditionalist fans, it was a step into electronic jazz fusion heresy, although the years have been far kinder to it. It’s certainly upbeat and energetic in a way that’s surprising to those who only know his earlier stuff (no I still haven’t listened to “Bitches Brew”). It features Herbie Hancock’s iconic electronic piano at its heart, and has enough moments of electric guitar to at least tease the idea of being slightly ‘rock’. There’s a few funk chords on the B-side which while not out of place, certainly wake you up.

And yet it still feels like a jazz album to me. I’ll admit that even since I began my quest, I’ve still not become a jazz enthusiast, but still there’s something about the ‘craft’ that goes into many of its great albums that’s unique to the genre, and sinking into this one is a delight.