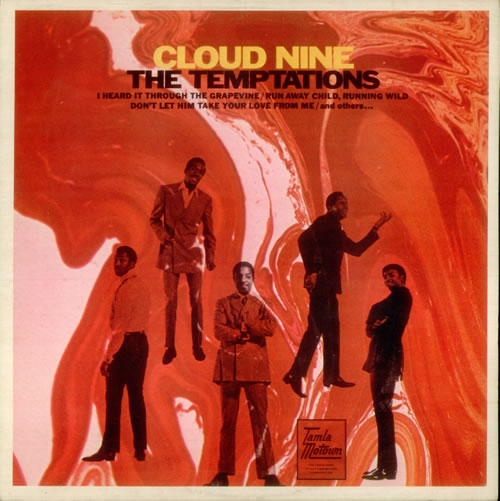 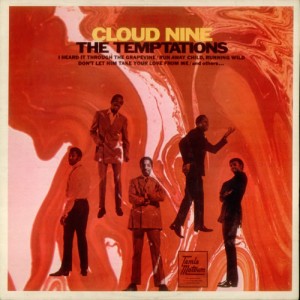 OK, so TECHNICALLY “Cloud Nine” hit the shelves in February 1969, but in terms of getting the seventies funk going, this album was a watershed.

This, let’s not forget, is The Temptations. One of Berry Gordy’s finest, they’re the band that were there from the beginnings of soul, back when doo wop was a thing. They’re the band that delivered “My Girl” and “Get Ready”. By the time they got round to this, they were masters of their game, but teaming up with producer Norman Whitfield was to take them in a whole new direction.

The opening (and title) track on this surprising treat of an album kicks off with a dirty funk bassline and doesn’t stop giving it up. The subject of the song isn’t about getting mashed on drugs, in much the same way as “Ebenezer Goode” isn’t, and Jesus, it sounds fresh for the time. There’s a cover of “I Heard it Thru The Grapevine” which mixes that same funky feeling with a strangely barbershop vibe. It’s not the most exciting cover of the song (a song which, let’s face it, is Motown’s “Stairway to Heaven”), but it feeds in nicely from that opener.

“Runaway Child Running Wild” is probably the most abrupt track on the album, a real psychedelic funk masterpiece complete with the screaming “I want my mamma”.

The weird thing about this album is after those three opening tracks, it all gets a bit more conventional. “Love is a Hurtin’ Thing”, “Hey Girl” and “I Gotta Find a Way (To Get You Back)” are superb soul tracks, and there’s no real low points here, but Side B feels like it’s stepping back into an era they slammed the doors on with the A-side.

It’s short, at just 34 minutes, and “Runaway Child…” takes up ten minutes of that, but it’s a damn fine album, and it’s a landmark on a road that was about to get its swerve on.