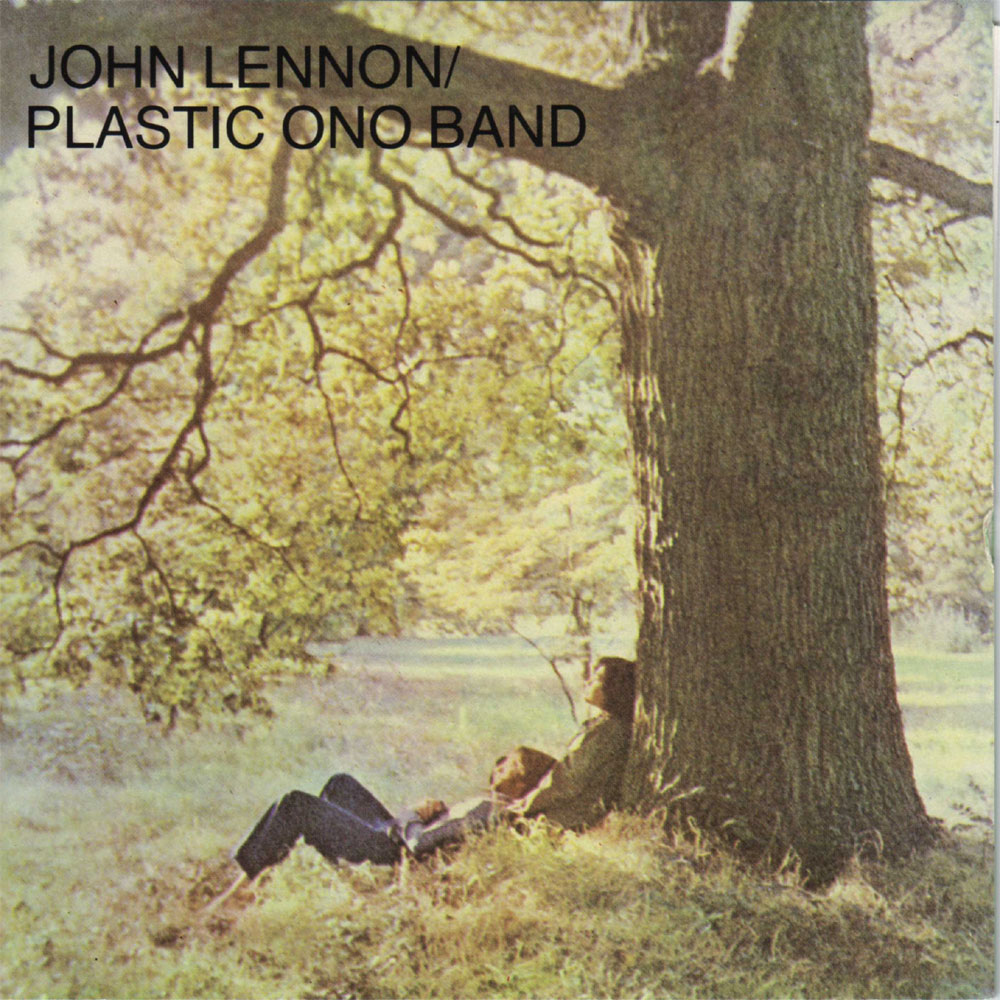 Even for an old bastard cynic like me, Lennon’s first proper solo album is a brutal but rewarding experience. 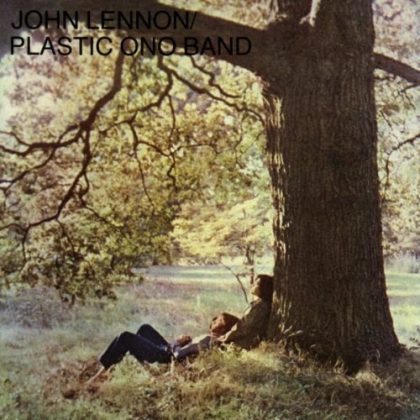 I have a theory when it comes to the Beatles, that each of them represents a stage in our lives. We enter this world as Pauls, we grow up on cheery pop and sing “Penny Lane” and “Mull of Kintyre” during school assemblies. As we reach into our thirties we become George, we sing songs about love and heartbreak and we explore who we are and confront our own spirituality. And when the Autumn years come we go full Ringo – it’s all about happiness and yellow submarines and generally not giving a fuck.

Where does John fit into all this (you’ll notice I cunningly left him out there)?

John is our youth. His songs are full of angst and pain and rock and roll. He falls in love like a teenager and he always demands attention, to be recognised as special.

The theory kind of fits. I know that as a child Paul was my favourite (he was probably the only one I could name aged 8, and then I got him confused with Paul Young). I know that I discovered George in my thirties. And I know that my old fat bastard self thinks Ringo is the bollocks.

And of course, when I was 16, young, dumb and full of um… it was John. I even had the specs. I listened to “Shaved Fish” and found myself drawn in, imagining an emotional connection, in awe of the dichotomy of a peacenik hippy who was also a violent bastard Scouser. I was totally John.

And there’s a part of me that still probably is. His was arguably the most notable of the post-Beatle careers, and his songs were part of my growing up.

Looking at this album, his first proper solo effort (let’s leave “Two Virgins” where it belongs), it’s hard to imagine (cough) what it stood for in itself – tracks like “Mother”, “Love” and “Working Class Hero” are part of his canon and our modern consciousness, so how to judge listening to them as freshly penned and unassuming?

I’ve known this album for years but, rediscovering it for this review, it struck me at first how self-indulgent it sounded, a cry for lost puppy pity from a man who’d made himself bigger than Jesus. The first track, “Mother” doesn’t do much to dispel this notion, from the ominous church bells which start it off to the first verse crying “You didn’t want me…” to his old mum.

To be fair though, from those first bells (deliberately symbolising the ‘death’ of The Beatles), through to the howling pain that ends the song, “Mother” is a brutal and powerful beast. While a lot of this album is centred around John’s “Primal Scream” therapy and his attempts to address his own childhood demons, this track brings it to the fore, and his screams of “MAMA DON’T GO…” are genuinely chilling. It’s also worth noting that the gentle drumming that makes the song as mellow as it is caustic are provided by old Ringo.

“Hold On” is a short track, and quite remarkable in its simplicity, consisting almost entirely of John and his guitar (although Ringo was still in business). It’s a hymn to emotional vulnerability, and damn does it sound like it. But there’s a lot of warmth to gain from it, and when he sings “it’s gonna be all right, we’re gonna win the fight”, it’s moving stuff. And if it’s all getting a bit too deep, you’ve always got the unexpected “COOKIE” right there in the middle of the song.

“I Found Out” steps up with a more energetic bluesy riff, and a crunchy tremolo guitar riff. It’s a raw (both in sound and lyrics) assault on organised religion and energises the album, dragging it away from the abyss of melancholy.

For me, and I may well be in a minority opinion here, the highlight of the whole album is the epic and gorgeous “Working Class Hero”. It’s a testament to the fact that the ‘primal scream’ persona of this album isn’t just limited to the howling on ‘Mother’ – there’s real vitriol in the lyrics here.
It’s a cunning commentary of the class system as he would have seen it growing up in post-war Liverpool, and how the system is designed to grind us down and keep us begging. In these Trumpy Brexit times, it’s a prescient listen, and we could all use a reminder that we’re “all fucking peasants as far as I can see”. It’s been covered a few times, in a gorgeous rendition from Marianne Faithfull, a version by Tin Machine (I’m good thanks), and a surprisingly good rock interpretation from Green Day.

It’s a bold, angry and ultimately haunting track. Skip the maudlin floweriness of “Give Peace a Chance” and “Imagine” – “Working Class Hero” is a song at the heart of John Lennon.

“Isolation” is a similarly powerful piece, gentle and haunting, like we’re falling into the black. Roger Waters claims it as one of his favourites (which sort of figures), and it’s been covered by Marianne Faithfull (again), Harry Nillson and Joe Cocker, who gives it a Nashville sound that is as clever as it is unexpected.

Side B kicks off with “Remember”, a song relating to John’s therapy sessions and looking back with regret at his past. It’s mostly unremarkable but for more Ringo on drums and the use of Sam Cooke’s “Bring it on Home to Me” in the lyrics.

I first discovered “Love” back in my student days and it’s a beautiful, ethereal song, mixing romance with introspection in a way that only John could do. It opens slowly and quietly (which I remember being a frustration when I put it on a monthly compilation tape), but it’s worth the wait. While writing this I discovered the 1990 Dream Academy cover, which is the spiritual twin of Candy Flip’s cover abortion of “Strawberry Fields Forever”. Still, I’ll post it here, because I’m antisocial and besides, we all did terrible things in the 1990s.

The music critic Paul Evans describes “Well Well Well” as a ‘tougher rock song than nearly anything before the Sex Pistols, an interesting description as at first glance, this is a tongue-in-cheek upbeat ode to his life with Yoko. But before long, the primal screams begin, with a fury that dwarfs anything before it. I just hope the poor bastard had a Strepsil handy after recording it.

“Look at Me” owes a lot in sound to “Dear Prudence” and “Julia” and, while short, is sweetly crafted. It leads neatly into the epic “God”, gorgeous and bold in its outlook. While it’s actually the penultimate track, it works as a closer for the album, reflecting on the nature of God before disavowing beliefs from mantra to Elvis, before reflecting on the end of the fab four and looking forward.

As a teenager, I discovered U2’s “God Part Two” before I knew Lennon’s original and it’s an affectionate if self-satisfied tribute. Plus, the lines “Don’t believe in Goldman, his type’s like a curse, Instant Karma’s gonna get him if I don’t get him first” needed saying after his 1988 hatchet job on Lennon and Yoko.

Fast approaching middle age and going Ringo, I’ve often abandoned my adolescent adoration of John in favour of cynicism about his self-indulgence and navel-gazing, but listening to the album’s coda, the brutal “My Mummy’s Dead”, it would take a cynical bastard not to be affected by the emotions on this album. This is an album of musical and lyrical invention, it’s as deeply personal as you could want for an album to be, and it’s arguably the height of Lennon’s solo career. A gentle yet salty classic.

Oh, and I never mentioned Yoko’s companion album, also titled ‘Plastic Ono Band’. I listened to it though. And I have a headache now.