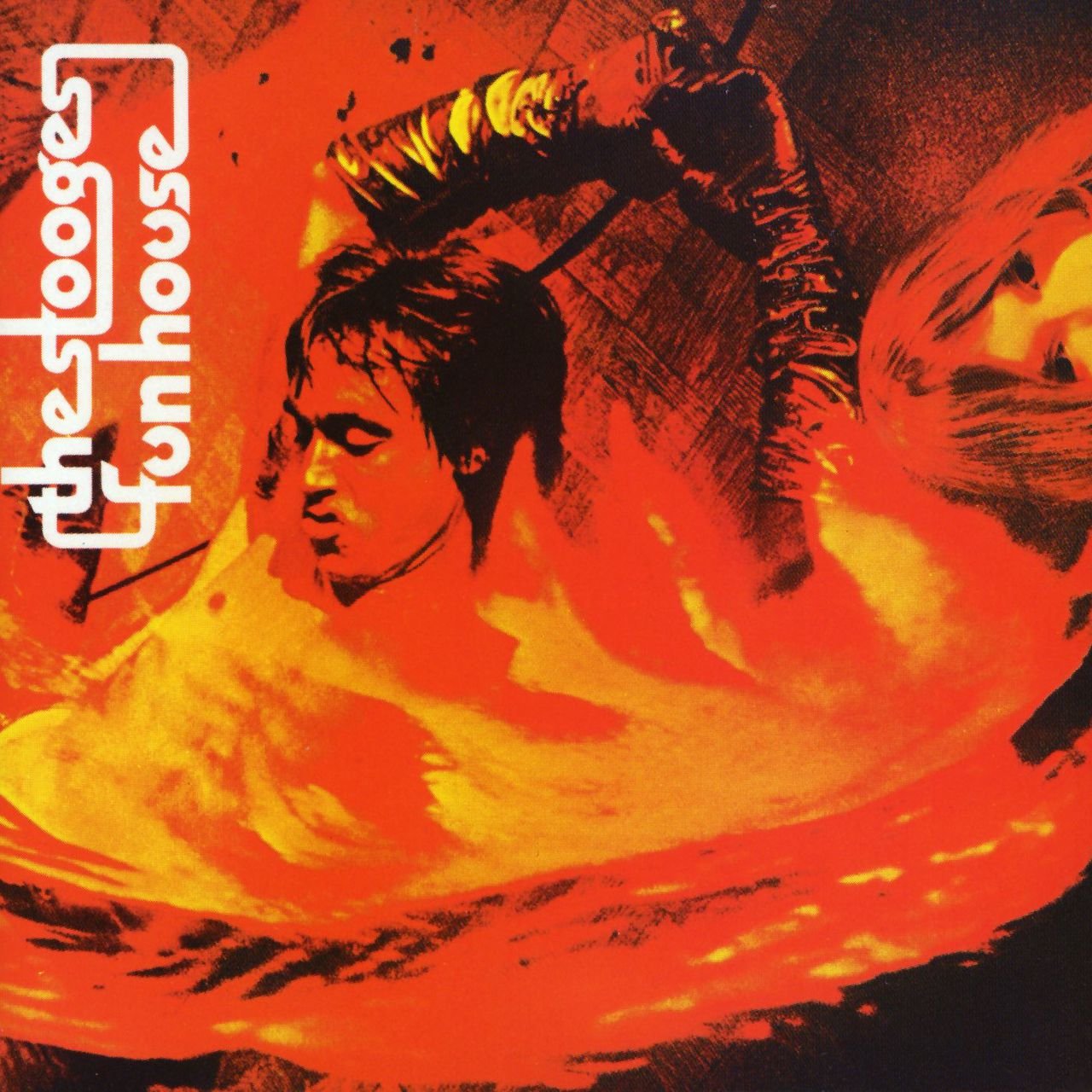 The Stooges’ second album isn’t the easiest to get into, and it’s famous for flopping on release, but “Fun House” is fun, exciting, and clearly where Iggy started to go ballistic.

It wasn’t so long ago that I described The Stooges’ debut as ‘a smoking powder keg’, something that was on the verge (but not quite) of unleashing a sound that was about to shake things up.

This isn’t an album that’s easily accessible – you can tell by my delay since the last post that this one has taken some time to get my teeth into – but it’s one that has an embryonic punk sound. We’d soon see it again with the New York Dolls and later Black Flag, but here it’s new and strange.

It’s also the Stooges album where you can hear Iggy really coming into his own. The growls, the yelps, the raw showmanship, the imagined possibility that he was waving his cock around during the recording sessions. It’s an album which could just as easily be a live recording.

It kicks off with “Down on the Street”, a brutal but exciting intro, with an awesome guitar solo. “Loose” though is the real rocker, where you can hear him channeling the sound of “I wanna be your Dog”. “TV Eye” is more of the same, but no less exciting for it, while things get a little more mellow for “Dirt”.

The B-side of the album, which feels both more mellow and more scary, starts with “1970”, a guitar-heavy number with some unexpected jazz horn thrown in, as close in sound to 60’s experimental rock as they were ever going to get. The title track, “Fun House”, keeps the comedown feeling, but blends in from the previous track with a little more exciting.

It’s the final track, “L.A. Blues”, that’s really unnerving. It’s somewhere between Miles Davis, Frank Zappa, and a pack of wolves being put through an industrial shredder. It’s the most mature, if WTF track on the album. By the time it descends into a metal dirge that sees the album out, you’re left with the feeling that something very new and awesome happened here.

Perhaps that wasn’t true at the time. “Fun House” notoriously flopped on release, and eventually led to The Stooges self-imploding (for a while at least). Still, it’s been continually rediscovered in the years since, and has been cited as a favourite album of Mark E Smith, Henry Rollins, Joey Ramone and Steve Albini (who was clearly listening carefully).

It’s not all that engaging (at least at first), but this is an album that’s full of hidden depths, and if nothing else, is important enough that it’s worthy of your complete attention.