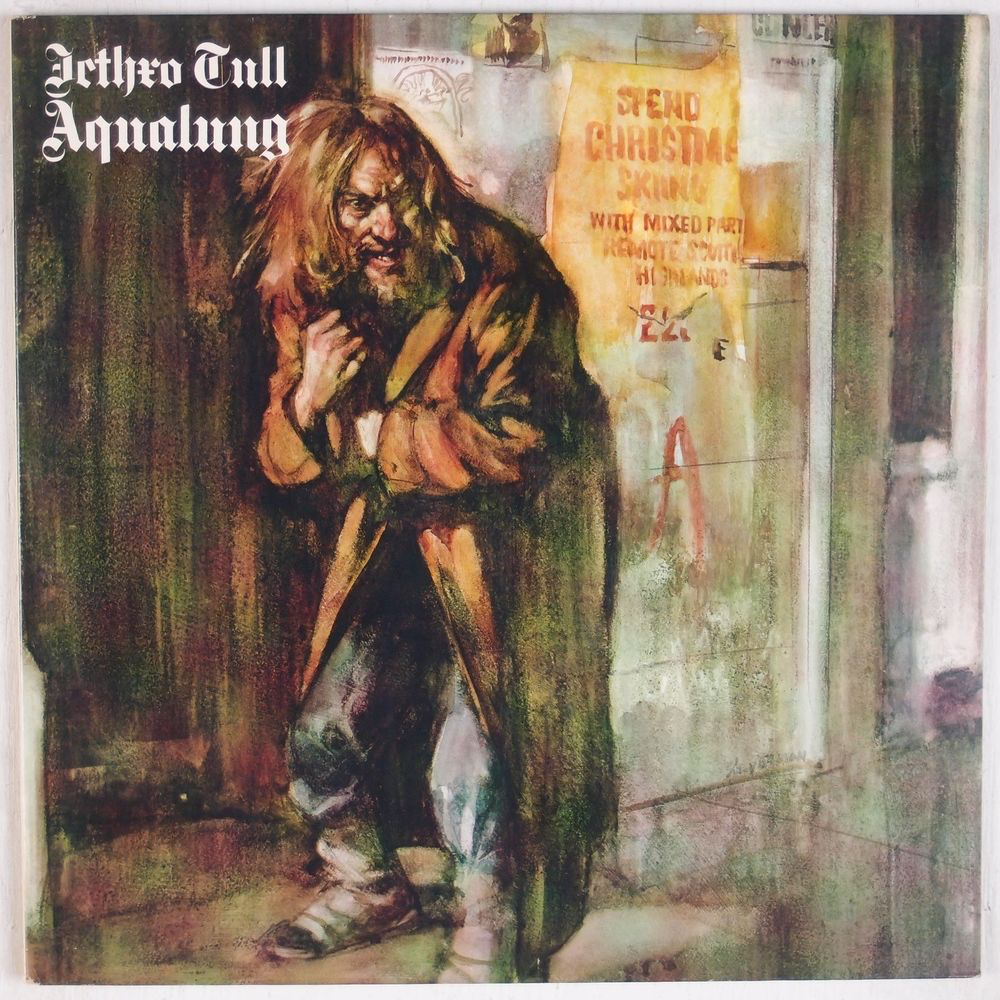 I’ve not really hidden my distaste of prog rock, and I think, listening to Jethro Tull’s behemoth, I’m beginning to understand why.

For those who read this blog (about three or four of you, judging by the analytics), I’ve made no secret of my distaste for prog rock. Listening to “Aqualung”, with due respect, I think I’ve figured out why.

I should start by saying that I don’t think Aqualung is a bad album. Far from it – there’s a lot to enjoy here, from the pounding bass and guitar on the opening title track, to some smart lyrical moments and points (like “Cheap Day Return”) where it seems to channel the spirit of Bowie.

That said, despite my best efforts, this isn’t an album that’s really hooked me. I’ve tried to get under the skin of it, knowing nothing about Jethro Tull’s back catalogue, with repeated listens.

I even tried reading some of the literature behind the album. Which, I think, is where the problems began. I started with reading Jethro Tull’s Aqualung (33 1/3) by Allan Moore. To say it was hard work is an understatement.

If you want to know about the chord structures for every single track on here, then it’s a great read, but otherwise it felt like a reflection of prog rock that I feared.

“Aqualung” feels heavy-going, psuedo-intellectual, pretentious and dull, music for burned-out hippies that forgot the joy of the summer of love and just started burning incense and disappearing up their own arse.

I’ve heard Jethro Tull described as pioneers of heavy rock, and I suppose there’s a lot of similarity between what Ian Anderson created and his contemporaries in Led Zeppelin or Deep Purple, but it just doesn’t feel ‘rock’. At its heart, “Aqualung” is really just a folk album partially redeemed with some loud thumpy bits, and probably not one I’ll return to.

* I’m writing this in the COVID-19 lockdown of 2020, where biting heads off bats is generally frowned upon.