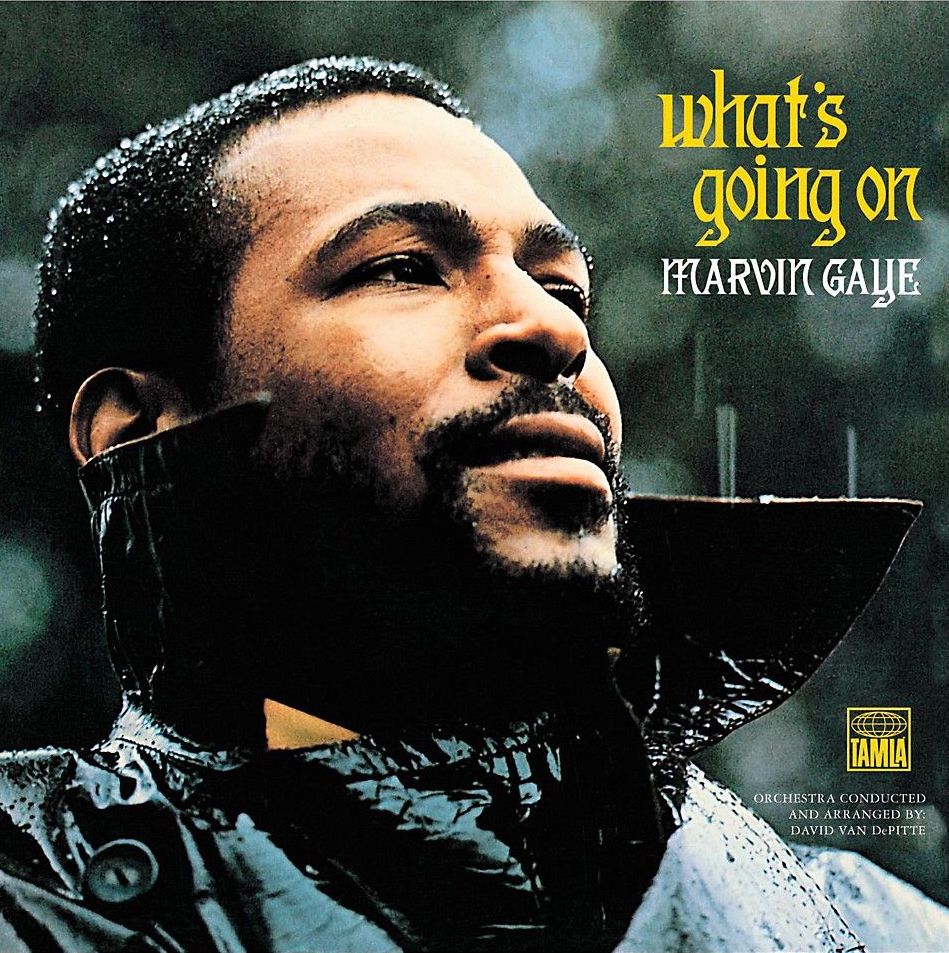 Quarkmonkey rediscovers Marvin Gaye’s groundbreaking album after spending far too much money on a pair of Apple headphones.

Last summer, on a birthday outing in London, I found myself recklessly buying a pair of AirPods Max headphones. You could blame it on my often costly innate urge to buy shiny new things from Cupertino, but in this particular instance, I blame Zane Lowe.

Or, to be more specific, I blame his presentation on Apple Music that day, showing off how powerful Spatial Audio was. Basically, it started playing “What’s Going On”, first in mono, then stereo, then spatial audio. Hearing this album’s title track in full hyper-real 3D sound was mind-blowing, and instantly enough for me to hand over the debit card.

I mention all this because “What’s Going On” is an album that you just want to envelop you. Taking a step forward from his Motown sound, Gaye mixed layered overdubbing with support from the Detroit Symphony Orchestra to create what is a real nerdy audiophile dream.

In 1970, Marvin Gaye was having a bit of a shit time. He’d established himself as the daddy of Motown soul years before, but now he was finding himself lost, both spiritually and creatively. He was torn apart with grief from the death of his singing partner Tammi Terrell, and was battling with both charlie and the IRS. And when he did go back to the studio, his Motown musician colleagues (collectively known as ‘The Funk Brothers’) instantly recognised that what was coming was a huge step forward from the now familiar Motown sound.

At its heart, “What’s Going On?” is a concept album – each song segues into the next and the story is told from the point of view of a returning Vietnam veteran. It tackles poverty, police brutality, drug abuse and spirituality, as well as environmentalism (which was a rare thing in the seventies).

Producing the album was a struggle. Berry Gordy, founder of Motown Records, showed his support and was glad to get Gaye back in the studio, but had his doubts* – he sniffed at the idea of a ‘concept album’, described the title track as “the worst thing I ever heard in my life” and worried that the jazz-influenced sound and militant attitude would be hard to sell to Gaye’s established fanbase.

First recorded in Detroit (the original recordings would later be released as ‘The Detroit Mixes’), the album was remastered in The Sound Factory in California, where the orchestral arrangements were emphasised ahead of some of the vocal tracks, in a compromise between Gaye and Gordy.

As an album, it’s haunting and emotive. It puts the soul in soul music, heartfelt and hopeful. The better-known highlights such as the title track stand out, particularly the gorgeous “Mercy Mercy Me (the Ecology)”, but it stretches its wings with the jazz-influenced fun groove of “Right On” and the closing “Inner City Blues (make me wanna Holler)”.

Motown, for all its greatness, was all about floor-fillers and disposable pop. What Marvin Gaye did with this album is take all the inspirational sound of what had gone before and create something that didn’t just put more meat on the bone, but evolved into something stunning – a perfect storm of beautiful vocals, glorious production, political grit, and sheer pleasure to listen to.

Oh, and those headphones? Worth every fucking penny.

* A lot of the story is fiercely disputed by Gordy, so take it all with a pinch of salt.