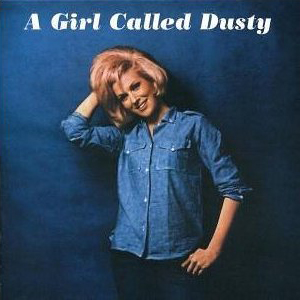 Handy Tip: When you listen to this album, one great way to improve the experience even more is to get a little piece of card, and before you press play, write down the words, “Dusty Springfield is from East Hampstead”.

It’s worth continually reminding yourself of that because when you listen to this joyous, musically delicious album, what’s going to hit you most, beyond the charm of Dusty’s voice, is the way that she totally nails that proto-Motown sound, showing her prowess as a truly great soul singer in her own right. True, this album leans on cover versions, including a truly iconic version of The Shirelle’s “Will you love me tomorrow?”, but each is done with love and respect.

I could go on for ages about how this album marked the rise of Bacharach and David as a momentous songwriting force. I could go on about how it fit snugly in the middle of the ‘British Invasion’ of the early sixties, with its confidence with American soul standards. I could go on about how wonderful “Wishin’ and Hopin'” and the infuriatingly catchy “Mama Said” are, or how it takes a couple of listens before you really get how lyrically rich and heartfelt “My Colouring Book” is.

But no… Instead, I’ll just say that this is an album for that bittersweet feeling of falling deeply for that girl who’s just out of reach. On this album Dusty is infatuating, wonderful, innocent and just very slightly reverential.

When I mentioned to my Dad that this album was next on my 1001 list, he paused to talk about how he played it to death as a 17-year-old in the RAF. Was there a moment in the conversation where we both paused to reflect on our shared Dusty-crush? Probably not, but it’s a nice idea isn’t it?