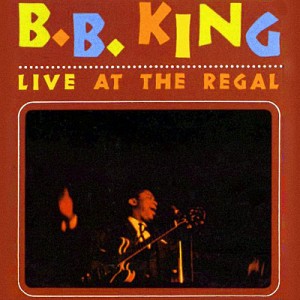 There’s something distinctly likeable about BB King. He’s got the musical chops to sit up there with Muddy Waters and John Lee Hooker on the Big Bad Blues Motherfuckers High Table, but where he stands out is he’s got a great way of winking to his audience, so you’re brought into loving his music as he plays. He makes it… well, fun.

Which is not to say that he sacrifices authenticity. On this album, for instance, you get knocked back both by his love for his audience and the heartfelt lyrics he sings, which is quite a feat when you think about it. When he sings “It’s my own Fault” and “You Upset Me Baby” you get it, and when he balances it with rocking out on “Everyday I have the Blues” and “Woke up this Mornin’” you know you’re in the presence of a master.