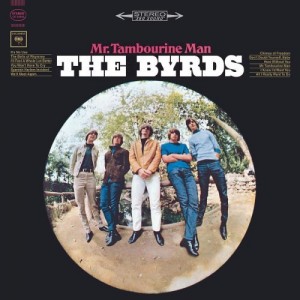 Jimi Hendrix owned “All along the Watchtower”, Elvis owned “Always on my Mind” and Johnny Cash owned “Hurt”. And The Byrds’ cover of “Mr Tambourine Man” fits along with them nicely as one of those cover versions that totally pwned the original.

Not just that, but there’s something about this particular track, that The Byrds turned what was a gentle folk song into something uplifting and kind of ethereal makes it feel like a totally different entity.

The track starts the album off nicely, and it’s a great taste of what’s to follow (perhaps too great – the rest of the album fights to catch up with it), but there’s plenty of uplifting tracks to come. For a start, there’s two more Dylan covers, including a joyously reinterpreted version of “All I Wanna Do” as well as a soulful “Spanish Harlem Incident”. The jangly California sound guitar flows through each one of them, and while they lean on a similar style throughout, each treads the fine line between rocking and soothing. There’s peaks and troughs – “You Won’t Have to Cry” sounds awesome even with a more regressive stye than the rest of the album, while it slumps with the baffling cover of “We’ll Meet Again” that, with the best will in the world, doesn’t really work.

The Byrds didn’t last for too long, and after this album their popularity waned, but it doesn’t take too much imagination to see how Big Star and Teenage Fanclub wouldn’t have been there without this album.