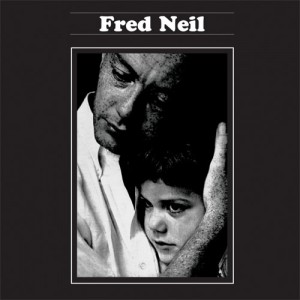 He didn’t stick around long and he was never well-known, but Fred Neil was actually a big deal in the world of folk-rock. With this album (his second), he pushed the boundaries of what folk could be, mixing bass guitar and electric distortion into gentle, soulful songwriting, and he did it all with a proper deep and weary singing voice that makes each track more haunting.

Of course, he’s best-known (as much as he’s known at all) for “Everybody’s Talkin'”, made famous when Harry Nilsson covered it a few years later. As part of this album, with Neil’s vocal instead, that song drifts with an ethereal sadness in a way that even Nilsson couldn’t match.

Things get mixed up further in though, with the closer track, “Cynicrustpetefredjohn Raga”, which throws in so much freeform sax and sitar that you find yourself giving up on trying to assign Neil a genre – by the time the album finishes he’s crossed through rock, blues, country, folk, jazz, psychedelia and now he’s throwing in Indian classical as well.

Still, the most interesting point on this album is the opening track, “The Dolphins”, a love poem to our cetacean chums. It’s peaceful and romantic and quite something to hear. And as love letters go, given that he later gave up music to found The Dolphin Research Project protection charity, he sure could put his money where his mouth was.