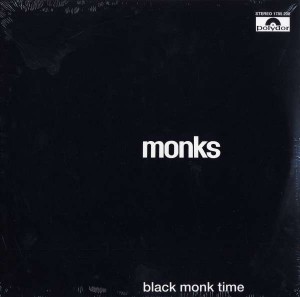 Well, following on from last week’s post, I thought it was time that I started getting my writing mojo back and, despite what I said about these 1001 albums, I may try and do a few here and there. So with that in mind, here’s one that’s been two months gathering dust…

One of the eye-openers of working through these albums chronologically is discovering stuff that just doesn’t quite fit in its time. If there was ever an album that would fit that description, it’s this little puppy.

It’s often called the “first punk album” and while that’s a maybe, it certainly sounds like a punk album. Actually, check that, it sounds like an ode to insanity.

Well, check out the first track, “Monk Time” – it’s a howling, slightly inane but just as angry spoken rant against the time over a fast tempo riff, checking Vietnam, James Bond, the US Army and more, properly marking their territory for what follows.

The mood settles down a little bit for what follows, but it’s still in your face throughout. The band, all ex-US Servicemen who never toured outside Germany, played in shaven heads and robes, and listening to this album there’s a real sense of what a force of nature they must have been live.

It’s disjointed, caustic even (and for me at least, weirdly reminiscent of The Hives), but each track is a little gem, and with the closer, “That’s my Girl” you’ll hear The Stooges and The Damned channeling through, back from a time when Iggy and Captain Sensible were probably in school.