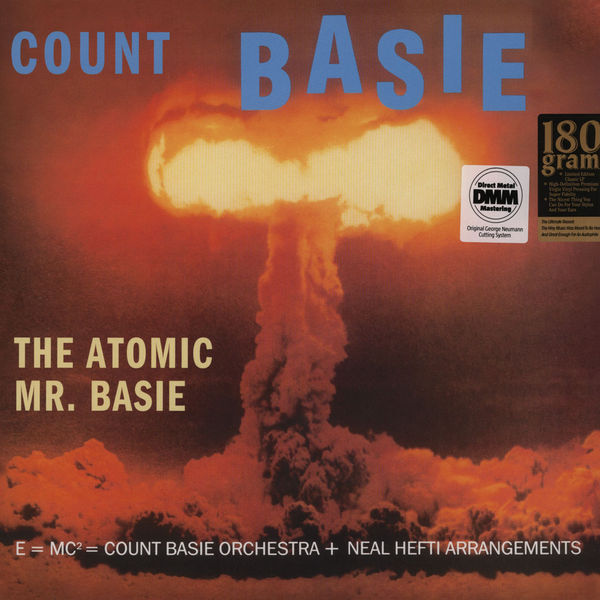 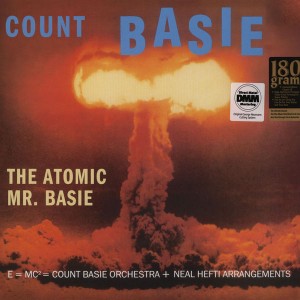 Well, as far as jazz is concerned, I’ve made my point right? Fast Show arty ponce blah blah blah… Well hang on. That’s hardly the attitude is it?

Thing is, the more I listen to stuff like this, the more I’ll admit that, like bell peppers and Stilton, I could change my view of this genre a bit. Maybe my musical palette is maturing as fast as my hairline? Maybe I should give this stuff a chance.

If there’s a surprise here for the uninitiated, it’s that by the time this album was put on wax, Bill Basie’s band were not just established but elder statesmen of the business. It’s a surprise because it sounds like it’s fresh for the time, an album perfectly suited to the days of “I like Ike” and Brylcreem. Hell, the atom bomb explosion icon on the cover isn’t exactly subtle.

It does sound fresh. It sounds upbeat, it sounds alive. And for what was to be the last great album of Basie’s career, it sounds full of life. Plus, that album cover doesn’t fuck about right?