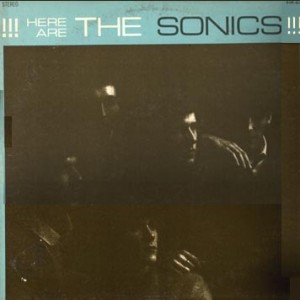 One could argue that it was a bit irresponsible for the 1001 publishers to stick this one right after Jerry Lee Lewis. I’m sure I’m not the only person who’s listening to these albums in a great big rolling Spotify playlist. And I’m sure I’m not the only person who listens to music in the car. So after 40 minutes of The Killer reducing his piano to splinters in downtown Hamburg, when this album burst on to the speakers (and burst is the correct word when you’re abusing the speakers of your hire car at 90 mph down the A34), it was almost too much.

Those opening chords on the first track, “The Witch” for example, they can’t be right surely? This is 1965, this is when the greatest rock artists in history are just warming their chops with some adrenalised Chuck Berry covers and Gerry and the Pacemakers are bringing home the bacon. Surely this kind of furious, dirty, raw rock grind isn’t about yet? Do Steve Albini or Trent Reznor have a time machine I don’t know about?

For this album is a proper greasy garage rock album, and what an album it is. There’s a few healthily brutal covers of rock classics like “Roll over Beethoven” and “Do you Love Me”, but it’s interesting that they don’t really stand out against their own stuff, whether it’s the opening “The Witch” or the brilliant “Strychnine”.

A lot of people talk about The Sonics as ‘the first punk band’, and you can sort of see why, because no one was doing this kind of thing before them (although it wouldn’t be long before the likes of Paul Revere and The Raiders got in on the act). Kurt Cobain raved about their unique distorted drum sound, Mudhoney and The White Stripes talk a lot about their influence, and artists as diverse as The Fall, L7 and The Flaming Lips have all had a go at “Strychnine”.

As an album, this one is far from perfectly formed, but then neither were they, and this is still 29 classic minutes of pure adrenal rock.