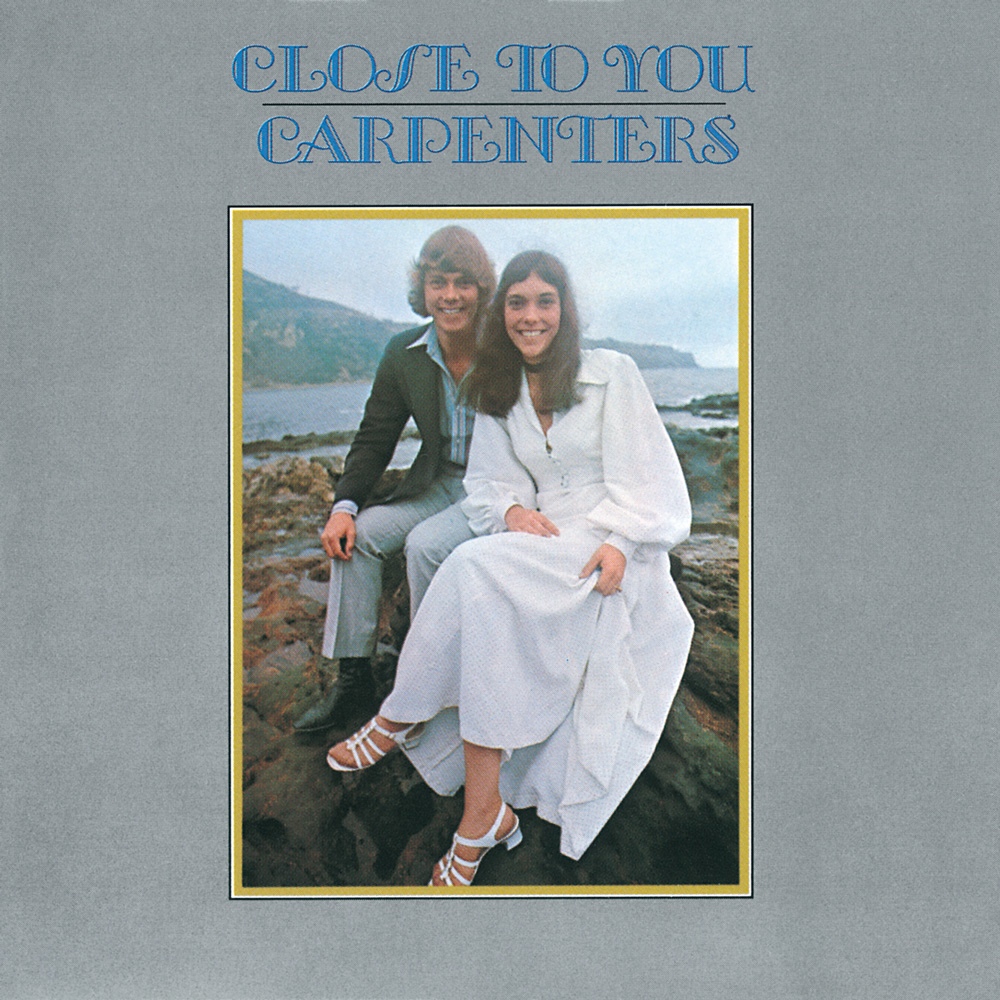 They were often dismissed as sentimentalist cheese back in the day, but the years have been kind to Richard and Karen Carpenter. Good thing too. 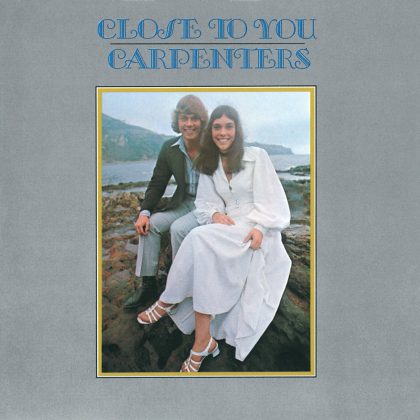 I’ll admit it – I got stuck with this one. After my October surge which started, as every month does, with a half-arsed attempt to write a review every day, I got knocked off course in a very Easy Listening way here.

Of course, after years of being taken at easy face value, recent years have been kind to Carpenters (they were very specific about dropping the definite article). There’s a wonderful nineties compilation of covers, “If I was a Carpenter”, that’s still in print and worth checking out for instance. Check out this delicious bit of Sonic Youth…

And, for the record, we had “Top of the World” as first dance at my (our) wedding. Yeah I know, I’m a soft old shite really.

This, their first successful effort, is a delicate balance of talented musicianship and shamelessly seventies cheese. The first track, “We’ve only Just Begun”, one of their most famous tracks, was adapted from a regional bank advert jingle, and a good deal of the tracks on here are covers, including the Lennon/McCartney and Bacharach/David songbooks.

In fact, for the first half of the album it’s almost entirely covers – as well as the opening track, the second track, “Love is Surrender” is an adaptation from a Christian musical, and it’s only with the charming but slightly flat “Maybe it’s You” that their own songwriting begins. Their cover of “Help!” starts off unconvincingly, but redeems itself a bit with some rather nifty Hammond Organ work later on.

The highlight of the album, in fact probably their career, is the magnificent “They Long to Be (Close To You)”, which is of course, a cover but one which they truly made their own. It drifts, it soars, it seeps romance and love from every pore and it’s glorious. Just try not to picture your parents having sex to it.

Side B begins with a joyous cover of “Baby It’s You”, a song which I never really cared for as a Beatles track, but it wins you over here (I never realised it was a Burt Bacharach track by the way). The Bacharaching continues with “I’ll Never Fall in Love Again”, a pleasant rendition that you can’t help suspecting could have been so much more.

From then on there’s more self-penned work, including “Crescent Moon” and the rather enchanting “Mr Guder”, written about Richard’s manager while he worked at Disneyland (well, where would you expect a Carpenter to work?) and it’s insightful, sharp and even a little bitchy (well by Carpenters standards anyway).

There’s an upbeat moment in “I Kept on Loving You”, and the album closes with the gentle but bold “Another Song”, a jazz-infused suite that is notable for a. Not sounding much like a Carpenters song and b. borrowing slightly from Handel’s “Messiah”.

This album has the ’finding their feet’ feel that you get from albums like “Please Please Me” and “England’s Newest Hit Makers” – it’s heavy on the covers and the self-penned stuff doesn’t zing like you know it could. But, like those albums before, you can listen to it and sink into a warm saccharine glow of a musical heritage filled with joy, tragedy and some gorgeous vocals from Karen. And it’s so very very seventies.