The dark winter of Prog rock is coming, but Soft Machine’s final behemoth album isn’t without its intrigue, even if it is hard work. 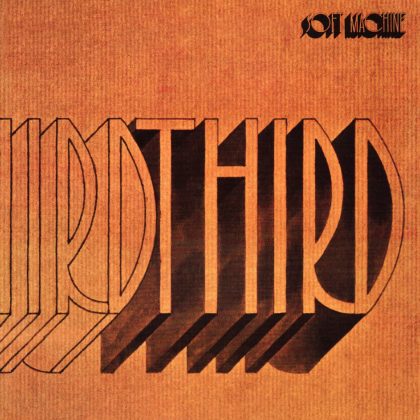 It might seem a bit strange, but listening here to Soft Machine’s experimental leviathan album reminds me of “Game of Thrones”. Like the repeated threats that “Winter is Coming” that lurk as I binge-watch through the box sets of tits and dragons, the shadow of prog-rock has been beckoning here for a while. Yes, soon you, dear reader, will have to face up to Yes, Hawkwind, Genesis (sorry), and Jethro Tull, and while there’s some Floyd and Tubular Bells in the mix, that’s still a lot of Moog-mangling to fight through.

You might have picked up on my cynicism with that last paragraph, because, honestly, damn, “Third” was hard work. It’s an 85-minute long behemoth, though it starts with some intriguing electronic distortion and even the promise of some proto-ambience.

Still, despite its prog rock label, this is an album that leans a lot on jazz, and there’s more than a few hints of Miles Davis scattered here and there, certainly enough to give you the feeling there’s something to be reckoned with here.

It’s also an album that clearly harbours the seeds of ambient music, and surely Brian Eno would have been taking notes. From the 19-minute opener “Facelift”, that sounds like it could have come straight from “Bitches’ Brew” to the more mellow “Slightly all the Time” and the more tongue-in-cheek “Moon in June”, there’s a sense of the album enveloping you, and the final track, “Out-Bloody-Rageous” is music to float away to, even with its fair share of freaking out.

Out of the group, Robert Wyatt was the only one to later find solo success, and the album can be seen as a battle between his strange singing and the rest of the band’s jazzy wanderings. “Moon in June” was Wyatt’s last real contribution to the band, and, if not a highlight as such, is certainly the most prominent part of the album.

Wyatt was once quoted as saying “I work in a trance, don’t really know what I’m doing ’til it’s all done”, and that describes the sensation of this album well. Still, as ethereal as it is, there’s no real ‘grab’ moment and nothing that, for me at least, screams for revisiting any time soon.