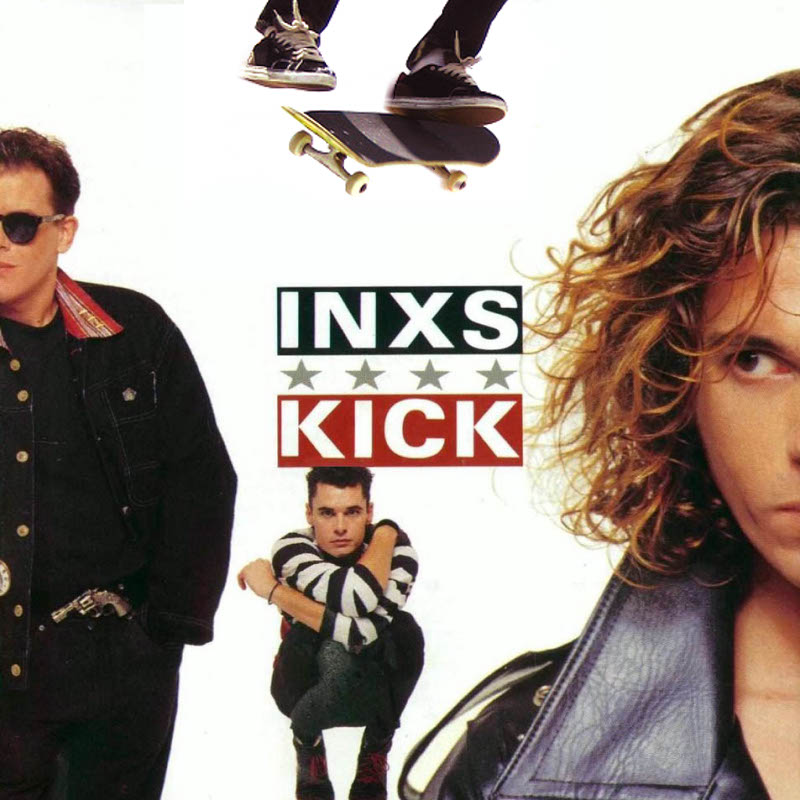 Seen by many critics as mainstream, INXS’s 1988 album “Kick” is a smart funk-rock hybrid by a band, and a rock icon, at their glorious prime.

Following on from my frustration in my last post about the obvious missing choices in the latest edition of “1001 Albums to Listen to Before You Die”, one of the things I’ve decided to do is make a list of those albums that are screaming by their absence and share them with you – think Prince’s “The Black Album”, “Levelling the Land”, “Meddle”, “Neon Bible” and “Pretty Hate Machine” to get you started. There are quite a few that have sprung to mind, a lot of my own personal favourites and experiences mixed in. Some, I’ve even had doubts about putting in, wondering if they were up to par.

But then I grew a pair, so here is the first in my new “Where The Hell Is?” section. Enjoy. 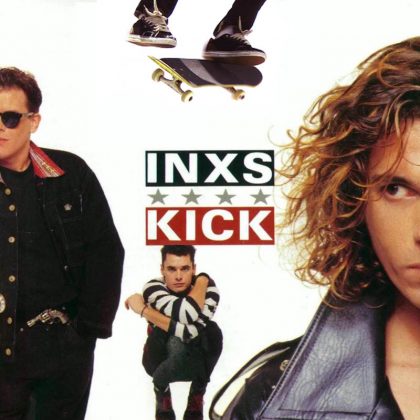 I’ve said it before, but there are some albums that end up sounding more like a greatest hits compilation – try “Tea for the Tillerman” or Sinatra’s “Songs for Swinging Lovers”. This album, by far INXS’s best seller, is certainly one of those, with seven of the twelve tracks going on to be singles and their three most iconic tracks being front and centre here.

INXS never really got the quality rock kudos that they wanted. Starting off down under with a garage sound that evolved into an intriguing mix of rock and new wave, they first hit real international success with their fifth album, “Listen Like Thieves”, and now that they were in the public eye, they were feeling the pressure on them to create something genuinely iconic.

Where “Kick” really swerved from their past offerings was in its move towards funk and dance music, an unexpected twist that worried their label, Atlantic, who hated the album and considered it unplayable on rock radio. But that switch would prove to be their making.

The opening track, “Guns in the Sky” must surely stand among the all-time greats for grabbing your attention in the first couple of bars. Between vicious drums, Hutchence’s hollering and a grungey but distinct riff, it thunders through the speakers. Lyrically, it’s nothing too special, a cynical paean to the nuclear arms race and the Star Wars program that the Reagan administration were putting forward at the time. But it does stomp at you hard.

It couldn’t contrast more with the second track, the fiery but upbeat “New Sensation”. A track that’s been remixed to hell, become a live staple and one of INXS’s most familiar tunes, “New Sensation” soars with energy, with a guitar riff that offers the repetitive beat of a funk album. Hutchence is on top form here too, with opening lyrics “Live baby live…” coming at you fast and hard. It reaches more to funk as the track goes on, with a Mark Ronson-esque array of horns (all introduced with “TRUMPET!”). The 2011 re-release also featured the notably fun 12” remix, which I’ve probably played more than the original.

“Devil Inside”, like its predecessors, erupts around a distinctive and memorable riff, and it’s probably the rock-heaviest track of the album. There’s a quite chilling cover by London Grammar out there as well.

“Need you Tonight” is probably the band’s biggest tune, and for my money it’s the one that most stretches their rock label. Somewhere, in some parallel universe, this is a Prince song. It certainly sounds like it. It was conceived in a taxi by Andrew Farriss, and legend has it he kept the driver waiting for an hour while he sat in his hotel room writing it. That riff is hypnotic, and the track has more than a nod to funk. On the 1991 live album, “Live Baby Live”, Hutchence countered the “I’m Lonely” line at 2:29 with a knowing “… not tonight”, something I always find myself listening for in the studio version.

Back in college, when I was discovering this album for the first time, I remember discussing “Mediate” with friends and contrasting it with U2’s “Numb”, a song with the same lyrical form. This is less impactful, and a quick listen to the lyrics reveals them to be nonsense. They had the good sense to homage Bob Dylan’s “Subterranean Homesick Blues” in the video, given that the song probably owes something to that track.

“The Loved One” is one of the more generic tracks on the album, and is the only cover version on the album, reimagining Melbourne-based band The Loved One’s eponymous single. It’s given a uniquely 80’s twist, and on a lesser album would stand out from the crowd. Here it feels more like filler, albeit filler that tips its hat to the band’s blues-rock roots.

“Wild Life” is another less-known track from the album, and again it’s filled with an 80’s vibe. Reaching again into the funk genre, it showcases Hutchence’s vocals nicely but is otherwise unremarkable.

“Never Tear Us Apart” though, combines gorgeous strings with some of Hutchence’s best lyrics, in an epic ballad based on a Viennese waltz yet influenced by Fats Domino. It’s now generally seen as Hutchence’s own anthem, and has been covered repeatedly. Perhaps the best version is from Beck’s Record Club, who covered the whole album in 2010, and puts St. Vincent front and centre, giving a haunting feel to the song (don’t forget to check out the rest of the album by the way).

“Mystify” is another live favourite, and once again reaches back to the band’s previous efforts, as well as their blues roots. It’s certainly catchy, with some notable piano riffing running through it.

“Kick”, surprisingly, began its life as an acoustic track, which seems odd given the rock-out passion that the final version brings. It’s not the best track on the album, but for a snapshot of the confidence and fire that the band and Hutchence were capable of in their prime, it certainly looks good on the CV.

“Calling all Nations” once more strays into funk territory, accompanied again with a catchy riff. It’s praised by guitarist Andrew Farriss as one of the band’s most equal collaborations, and is fondly remembered by the surviving band members.

“Tiny Daggers”, which closes the album, has almost Springsteen feel to it, but despite the elements of funk in the song, it reminds us that INXS were a rock band at heart. It’s a good closer to the band’s greatest effort.

INXS would never really equal the critical or commercial success of “Kick” again. The 1990 follow-up was, with the exception of the storming “Suicide Blonde”, pretty bland, although they did get a chance to shine again on 1992’s post-grunge experimenter “Welcome to Wherever you Are” and the joyfully pub-rock “Full Moon Dirty Hearts” before their light burned out.

Listening to the album these days, 28 years later, it’s surprising how fresh and energetic it still sounds, with a lot to discover in its short 40 minutes. How the writers of “1001 albums…” let this one slip by I can only guess (plenty of room for Simply fucking Red though).