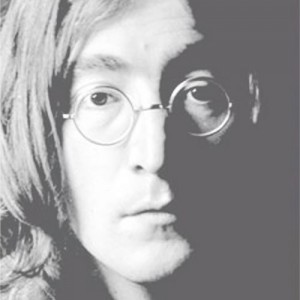 NOTE: This is a behemoth of an album, and as such I’ve broken my review into four pieces to save you, dear reader, from going insane. Stay tuned, there’s more coming…

It’s not their most refined album. It’s been accused of being flabby, indulgent, of being too experimental, even of being a betrayal of what made The Beatles great in the first place, but there’s no messing with the fact that “The White Album” is a grand monument. To me it’s so familiar that it’s hard to review – how can I talk about its merits? It’s “The White Album”, end of story.

But the main thing for me, despite different tracks each having separate emotional meaning as they formed a soundtrack to my life, is that this album is the sound of a splintered group. To be honest, The Beatles didn’t really exist as a cohesive band since “Revolver”, but here, more than “Sgt. Pepper…” and even more than on “Abbey Road” and “Magical Mystery Tour”, this is mostly an amalgamation of four great but very different artists.

“Back in the USSR” is a grand opening. The boys always knew how to kick off each album with a proper rocker (Hats off to “Drive my Car”, “Taxman, “Two of Us” and “Come Together”), and this one certainly delivers. It’s not just a witty pastiche of The Beach Boys and Chuck Berry’s “Back in the USA”. McCartney intended it as a gesture of friendship and peace to the people (if not the government) behind the Iron Curtain. I love it. When it sings about sloping mountains way down south and asks to “come and keep your comrade warm” it’s humanising and it’s bold too.

One of the sexiest moments of my life happened with “Dear Prudence”. I was 17, in the midst of a giant crush on a girl which I, in character, never did anything about. She was smart, she had long dark hair and she loved The Beatles. It was a fleeting moment really, but sat in the pub, she leaned on me in a sort of not-really-kind-of-way and just starting softly singing “The clouds will be a daisy chain so let me see you smile again, Dear Prudence, won’t you let me see you smile?”. As an awkward geek with no experience of the fairer sex (or sex for that matter), she blew my mind.

But I digress. The point is that “Dear Prudence” is a gorgeous song, a total antithesis of the track that precedes it. It has Lennon’s clever knack of lyrics that are at once transcendental and down to earth. McCartney does a fine job on the drums (Ringo had temporarily quit the band), but it’s Harrison’s guitar that stands out. The successful Souxsie and the Banshees cover isn’t bad either.

“Glass Onion” is a smart song, a nice ballad written mostly by John with both clever references to the Beatles back catalogue and a gesture of friendship to Paul (“I told you ‘bout the walrus and me man, you know that we’re as close as can be man.”). It rocks, it’s clever and it’s warm.

I’m going to take a lot of flak for this, but I love “Ob La Di Ob La Da”. A nod from the boys to the emerging reggae scene (a concept which seems as alien to me as Ringo doing a massive bass drop on a dubstep version of “Eight Days a Week”), it’s a big happy song, but it’s got the smart lyrics and musical chops to stand out. Lennon, of course, detested it, berating Paul for more “Granny music shit”.

By the way, the version on “Anthology 3” is way different and, to me at least, far more fun (love the ska ‘shooka-boo’ sounds in the chorus).

A quick browse on Spotify showed me a few cover versions, ranging from Marmalade’s most famous one to a delightful Yousson D’our cover. For now I shall just leave you with the fact that since my dad pointed out the innuendo in “as he gives it to her she begins to sing”, I can’t not hear it now. Bastard.

“Wild Honey Pie”, one of Paul’s more surprising contributions, is one of those songs that has been accused of being a pointless indulgence that adds nothing to this album and there’s some truth in that. In fact it was a one-off jam by Paul that referenced “Honey Pie” and wasn’t intended to go on the album till Pattie Boyd insisted. The Pixies did a good job of it on the “Pixies at the BBC” album though.

There’s that shudder you get when you accidentally scrape your knife on a plate when you’re eating lunch, there’s that bit in “There’s Something About Mary” where he zips his scrotum in his flies, and there’s Yoko singing on “The Continuing Story of Bungalow Bill”. Luckily it’s brief. The song mocks an American tourist who joined the boys at the Rishikesh ashram where they were staying, before going tiger hunting (bastard), and arguable constitutes one of the ‘filler’ tracks for the album.

Which is something you certainly can’t say about the magnificent, magnificent, magnificent “While my Guitar Gently Weeps”. One of the most beautiful tracks of all time, it combines Harrison’s inspiration found in the I Ching, that everything is connected, with a melancholy reflection of his fading present in the band (the missing third verse on the beautiful ‘Anthology 3’ version contains the line “I look from the wings at the play you are staging”). It features Eric Clapton on guitar (although he was very keen for his contribution not to sound like him), but this is Harrison’s song. You can tell by how scouse the line “no one alerted you” sounds.

Even the Muppets paid it respect.

“Happiness is a Warm Gun” is a polarising song, ostensibly about guns and gun culture but also sexually suggestive. McCartney and Harrison have both stated that it’s their favourite track on the album, and it’s been described as the most ‘Beatles’ track on the album, with them all cooperating despite their differences. It’s a proper Zappa-esque experimental rock track that fits into its time but keeps those classic fab four backing harmonies too.

Oh, and as much as I love Tori Amos, she absolutely crucified this song with her cover on “Strange Little Girls”. The Breeders version isn’t bad mind.