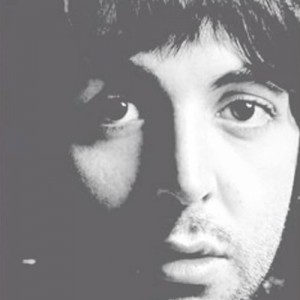 The adventure continues on side B with the charming “Martha my Dear”, another one of Macca’s ditties to Jane Asher, and despite the music hall sound it’s a little bitchy lyric-wise (“hold your head up you silly girl, look what you’ve done.”) but it’s perfectly acceptable.

“I’m so Tired” is pure Lennon of course, and like “I’m only Sleeping” it’s about his insomnia. I like it – it’s intimate and funny. Love the scousiness of “and curse Sir Walter Raleigh, he was such a stupid GET”. 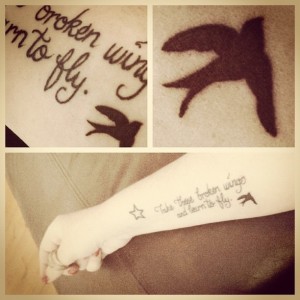 Those of you that know me may well know that “Blackbird” has particular significance for me, being the song of choice for my old friend Lisa, who we said goodbye to last year. I can’t listen to it without having a bit of a sad now, but in and of itself it is a lovely song, one that I’ve known since I was a kid, and all the artistic pretensions of it being a poem about racial tensions and being inspired by Bach have passed me by. Just drift with it.

Oh, and by the way Lisa, I still owe you an apology for first interpreting your tattoo as a Mr Mister lyric. Miss you mate.

Of course, the summer of love was all going to unravel at some point, and maybe “Piggies” was a big landmark on the way. Charles Manson famously interpreted the song as a personal message to incite an ‘apocalyptic race war’, and during the Manson family’s murder of Leno and Rosemary La Bianca, knives and forks were actually inserted into the victims based on the “… clutching forks and knives to eat the bacon”.

It’s not easy to listen to “Piggies” now without thinking about the sinister fate of the song, and I always get a chill at the line “what they need’s a damn good whacking”. Still, it’s worth remembering that in itself, this is quite a smart satirical song with some lovely harpsichord in it.

Oh, and also, Charles Manson was a prick. Let’s not forget that.

If “The White Album” has a flaw, it’s generally accepted that it would be its self-indulgence, and “Rocky Racoon” is as guilty of that as a lot of tracks on here. It’s a pastiche of honky-tonk country songs, and while it’s not without its charms, it’s basically a stoned excess on the part of Paul, although his “sminking” version on Anthology 3 is worth a peek.

I’ve heard it argued that your favourite Beatle evolves over your lifetime. For me as a teenager, it was John – he was all cool and iconic and stuff, and at that sort of young age you can be more impressed by the weirdness of “I am the Walrus”, the deep and meaningful of “Imagine” and the excess of “Cold Turkey”.

Of course, it all gives way to George as you grow up a bit, start appreciating the wonder of “Something” and “While my guitar gently weeps”, and I fully expect that in my twilight years I’ll mellow out and Paul will rise to the toppermost.

For now though, for me, it’s Ringo. Ringo, underrated, capable of winking at the audience, maligned drummer, superb Thomas the Tank Engine narrator and the one who’s most fun. He nailed it on “Act Naturally”, gave warmth to “With a Little Help from my Friends”, and gives the otherwise average “Don’t Pass Me By” a spark that the other lads just couldn’t muster. It’s often seen as filler, a weaker song on the album, but I love it.

What is undoubtedly filler though is “Why don’t we do it in the road?”, a 102-second long 12-bar-blues jam by Paul that was apparently a major sore spot between him and John, after he recorded it without him. Inspired by Paul’s epiphany on the insanity of human relationships after watching two shagging monkeys, it doesn’t really bring anything to the album. The version on the “Anthology 3” compilation is interesting mind, and quite different to the final version. Apparently there’s a Meat Loaf cover out there somewhere which I need to try and find too.

There’s not much to say about “I Will” – it’s another Macca track, it’s a gentle 1:45 long, and it’s sweet. It’s kind of sad it’s not got more recognition really.

“Julia” is a proper John-fest, and it’s gorgeous. A love song to his mother, it’s pure guitar-songwriter stuff, and lines like “Half of what I say is meaningless but I say it just to reach you” make me tingle. Apparently it was Kurt Cobain’s favourite Beatles track, and he used to sing it during sound checks for “Nevermind” – I would give my left bollock to hear those by the way.

Side B of “The White Album” is probably the loosest part of the album, full of solo enterprises from the days in India. Side A gets the big hits out of the way, Side C is a blues-indulgent and rich treat, and Side D is… well it’s got “Revolution 9” on it. But for me, Side B is where the soul of “The White Album” always lies.