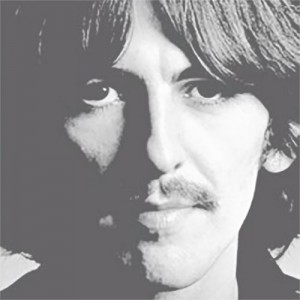 Like I said in my last review, each side of “The White Album” has a unique character, and for me, Side C is where they got down and dirty musically. Each one is, in its own way, a right belter, and while it sometimes suffers “The White Album” curse of four separate artists on one disc, they do manage to show their cleverness when they combine forces.

“Birthday” is a rare treat from the lads – a proper hard rocker of a tune. I often wonder what The Beatles would have sounded like if they’d kissed and made up and continued as a group into the seventies – it’s an idea so unlikely that it’s hard to imagine – but I’d be willing to put money there’d have been a few more tracks like this. The Beatles were always about harmonies and experimentation, but right from the start they knew how to kick bottom. Some of their finest moment are the balls-to-the-wall rockers – think “Twist and Shout”, “Hey Bulldog” and “Get Back”. And then add “Birthday” to the list.

“Birthday” always felt a bit out of place for me. It felt a bit commercial for this far into the album, but in reality it’s The Beatles at their best. 50 percent Macca, 50 per cent John, written and recorded in one evening pissing about in the studio. Just like the old days.

“Yer Blues”, however, is all John, and like many of John’s songs it’s complex with a hidden meaning beneath the exterior surface. On that surface, this is a dirty blues track in a very pure sense, but in truth it came about when Lennon decided to parody the likes of Clapton and The Yardbirds. If I’m being honest, the satire kind of passes me by – I’m just surprised I’ve never noticed before how much it sounds like “Cold Turkey”, and love the “Feel so suicidal even hate my rock and roll” line – for some reason it sounds epic to me.

“Mother Nature’s Son” is Paul’s track – in fact he recorded it entirely on his own (which inevitably pissed John off). Not much to say about it really except to say that the Harry Nilsson cover arguably surpasses it. Like most of the album it leans heavily on the boys’ experiences with the Maharishi in India, but it’s the imagery that really sticks with you (“Swaying daisies sit beneath the sun” etc.). If you listen for it, the brass section in the background sounds pretty impressive too.

There’s a bit in “The Beatles Anthology” where they talk about visiting India, and it thrillingly opens up with a shot of a helicopter set to the riff from “Everybody’s got something to hide (except for me and my monkey)”. When I think about this song (hereon referred to as EGSTHEFMAMM – even the acronym is a bastard to type), I always remember that bit because it reminds me how exciting that riff is. It’s John’s song, and while it’s rumoured to be about his dalliances with heroin, it’s really a nonsense song in the vein of “I am the Walrus”, albeit one that rocks (with some nifty cowbell to boot).

I always thought “Sexy Sadie” was a ballad to a femme fatale, so listening to it again after discovering it was written to the Maharishi after he inappropriately hit on Mia Farrow makes it all the more delicious, giving new meaning to lines like “We gave her everything we owned just to sit at her table”. Harrison’s lead guitar is lovely on here as well.

Even without the infamous Charles Manson connection, you could make the argument that “Helter Skelter” is the most sinister track The Beatles ever recorded – a violent rocker that borders on thrash or industrial music from decades later. It’s a song that for me is deeper with every listen, and with every listen you realise how anarchic it was. Even Oasis (who IMHO mostly crucified their litany of Beatles covers), produced one of their most outrageous moments with their “Helter Skelter” cover.

Oh, and Ringo’s “I got blisters on my fingers” shout is one of the greatest moments in rock.

“Long, Long, Long” couldn’t contrast more with “Helter Skelter” if it tried, and it’s always felt like the ‘lost track’ of this album to me, the one that’s almost forgotten. It’s a pity, because it’s beautifully understated, one of George Harrison’s finest moments.

As I’ve said, Side C was really the ‘auteur’ part of “The White Album”, where each of the four members produced songs that were truly their own, even if its finest moments were when they collaborated on production. It’s the side of the lost masterpieces, and the side that beckons most what could have been to come, with the likes of “Helter Skelter” and “Yer Blues” pointing at a new maturity that surpassed what the boys had done before.