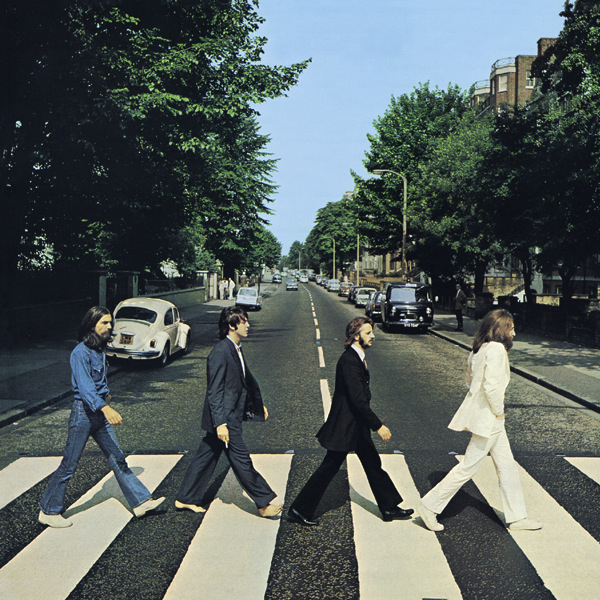 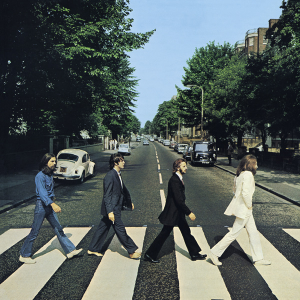 I’ll let you into a secret. As much as I’ve gushed about “Rubber Soul” and “The White Album”, this one’s my favourite.

I’m bashful about it because it’s not necessarily the choice of Beatles purists. It’s arguably as much a George Martin album as the fab four’s. It’s not got the raw experimentalism of “The White Album”. It’s not as cohesive as “Sgt Pepper” and it’s not got the dark edge of “Revolver”. No, but it’s still a blinder.

“Abbey Road”, the last recorded album from the lads (“Let it Be” was recorded earlier but its release was delayed), is where it all came together. It’s the album of John’s vitriol and McCartney’s warmth, all mixed in with George’s emergence as a master songwriter and Ringo’s unique cheer. It’s the album that both says goodbye and gives a hint at what might have been in years to come had the band not been self-destructing.

It’s the impossible album from four artists who could barely bear to be in the same room, all still managing to create a cohesive masterpiece.

I’ve said it before but The Beatles are certainly great at putting stormers at the beginning of each album. The TWANG of “ Hard Day’s Night”, the pomp of “Sgt Pepper’s Lonely Hearts Club Band” and “Magical Mystery Tour” or even the iconic riff of “Taxman” all grab your attention the second the needle hits the vinyl (or you click the big triangular key in iTunes). “Come Together” fits in that hallowed group brilliantly.

It came from Lennon trying to write a campaign song for Timothy Leary’s campaign for Governor of California against Ronald Reagan* but he never managed to get it right.

* I like to think there’s an alternate universe out there where the 80’s were REALLY WEIRD.

It’s been covered time and time again (my first discovery of the track, aged 12, was seeing Jacko play it at the end of “Moonwalker” and thinking it was new material), but none of the covers have really come up to the original (even Lennon’s live performance or McCartney’s WarChild collaboration with Paul Weller and Noel Gallagher didn’t do it justice).

It’s a dirty swamp rocker with lyrics that, while rumoured to be about each of the boys in turn, is really a nonsense song. I personally don’t care – even if it is nonsense it’s evocative stuff.

The same could most definitely be said for “Something”. Famously described as by Frank Sinatra as “The best love song of the last fifty years” (which kind of shits on his own catalogue), it’s a wonderful ethereal tune that’s arguably the best Harrison ever came up with. And apparently it wasn’t written about Patti Boyd after all.

Maxwell’s Silver Hammer is the song that Lennon infamously described as “Granny Music” and was a big divisive issue for the band, which is strange because it’s really kind of harmless fun (as much as you can have singing about a serial killer at least). We used to sing it during music lessons at school, taking a minute to giggle at “Late nights all alone with a test tube”. Oh, and apparently Ringo plays an anvil on it too.

“Oh! Darling” never really did anything for me, although it’s a great showpiece for McCartney’s vocal range, and the version on “Anthology 3” with Billy Preston is worth a listen, if only for the fact it feels totally different.

As for “Octopus’s Garden”, well that one takes a lot of abuse, but to me it’s a charmer, a great kid’s song that’s full of Ringo at his Ringoest, and like “Yellow Submarine” or “All Together Now” it’s very slightly trip too, which just adds to its seductive appeal.

“I Want You (She’s So Heavy)” is notable for a few reasons. It’s long, it’s one of the last tracks that all four collaborated on, and it’s been described as the first doom metal track, a description that passes me by a bit. I’m far more interested in the bluesy bass riff and Billy Preston having fun with a Hammond Organ. It’s also a good teaser for the more avant garde second half of the album. Listening to it on CD or iTunes means that you cut straight away from the brutally abrupt end into George’s intro for “Here Comes The Sun” too, which, perhaps accidentally, works quite nicely.

“Here Comes The Sun”, while being a renowned busker cliché, has always been perhaps my favourite Beatles track. It soars, there’s that second verse which bursts in with “Little darling, the smiles returning to the faces” which never fails to cheer me up, and it’s just a great, rich song. The Steve Harley and Cockney Rebel cover is the one that usually stands out, but for me it’s worth seeking the Peter Tosh version…

“Because” is the last song on the album before it gets medley-tastic, and it’s always been a subtle and sublime favourite of mine. Inspired by Yoko playing Beethoven’s Midnight Sonata in the studio one day, it has a very George feel to it, but was actually Lennon and McCartney’s doing. It’s dreamy and gentle and it’s lovely to float away with. Once again, it’s been covered to death, including a George Clinton version that I need to seek out, but for me the song came alive at the end of “American Beauty” with Elliot Smith’s wonderful rendition.

The grand medley that really defines “Abbey Road” kicks off with perhaps the sadly prescient “You Never Give Me Your Money”. With the whole medley conceived by George Martin as a grand swansong for the band, this track from McCartney is based on the financial tensions that were growing following Brian Epstein’s death, and was also a veiled attack on Allan Klein, who the others wanted to draft in as manager. It’s a great song because it’s a patchwork of different styles, ranging from Paul’s gentle vocalising to some quite spiffing guitar and nursery rhyme mischief, and while it’s often overshadowed by what was to come, it’s bold and brave.

“Mean Mr Mustard” was, according to John, “a bit of crap I wrote in India”, based on a newspaper story of a man who hid cash in his rectum (the line about “keeps a ten-bob note up his nose” was mercifully less graphic). There’s a theory that suggests it’s a reference to Lennon’s dad, but that’s guesswork. I’ve always liked the song title and I used it as an online alias in the old days, before too many people didn’t get the reference and started asking me why I was so mean… whatever.

“Polythene Pam” isn’t really of note, but I do like the opening chords and the way it steps up the medley a bit, plus there’s more Lennon scouseness to keep things going (try singing the “News of the World” line in any other accent…). Apparently it was written either about an Allen Ginsberg groupie who had sex in a polythene bag, or an earlier Cavern Club fan who used to eat polythene.
“She came in through the Bathroom Window” nicely segues its way in with some rather tip-top drumming from Mr Starr, and refers to a fan who climbed in through Paul’s… well yeah. From the sound of the song Paul took it all in good stride though. The lyrics kind of disappear up their own arse in the second half, but it’s all rather charming.

Of course, the medley REALLY begins with “Golden Slumbers”, based on the 17th century lullaby from Thomas Decker. It’s one of the most beautiful moments from the album, and I remember singing the opening lines to the lad when he was a baby. Paul pushes the vocals up a notch for the second verse, but as Hunter Davies suggested, it doesn’t really enhance the song even if it is quite soulful. KD Lang does an exquisite cover on the Happy Feet soundtrack of all places, and it feels like it’s just right for her. This isn’t just a lullaby, it’s a song to drift into the night with.

“Abbey Road” is, of course, the lads’ swan song, and “Carry That Weight” reminds us of it one last time, looking back on their time and reflecting on the burden of that legacy as they began their solo careers. There’s that classic brass refrain from “You Never Give Me Your Money” in the bridge and a sense of pomp that grows through the song, but it’s all over too quickly.

“The End”, the last song on the album and the last song recorded collaboratively by all four Beatles, brings it all to a close in epic style, with some epic guitar work and George Martin’s loving symphonic chords, but it’s Ringo who gets the last hurrah.

In my wittier conversational moments I often quip that “Ringo, who was always known as a mediocre drummer in popular culture, manages to wait till the last 90 seconds of the last song of the last Beatles album to deliver one of the greatest drum solos in history – now that’s showmanship”. The truth is that Ringo never really liked drum solos anyway. It all ends with Paul’s couplet “And in the end, the love you take, is equal to the love you make”, a profound farewell even if out-of-context it sounds a bit Pinterest. It always reminds me of Lisa Lynch, but then a lot of Beatles things do.

There’s not much to say about “Her Majesty” apart from the fact it’s considered one of the first hidden album tracks, and it’s a nice treat after the emotional sturm and drang of the preceding medley. It’s also the shortest song in the Beatles repertoire at just 23 seconds long, which is a handy bit of trivia.

Defining “Abbey Road” is hard to do without thinking about the context of its creation in the band’s final days. Still, it’s a confident album that doesn’t try and reach quite as far as “Sgt Pepper” or “The White Album” but stands up to be counted alongside them. I’d make the argument that it’s actually the most Beatley of all The Beatles’ albums, and while it wouldn’t really have existed if the band weren’t self-immolating at the time, it’s nice to imagine it as a nod to what might have been possible if they had a few more years left in them.