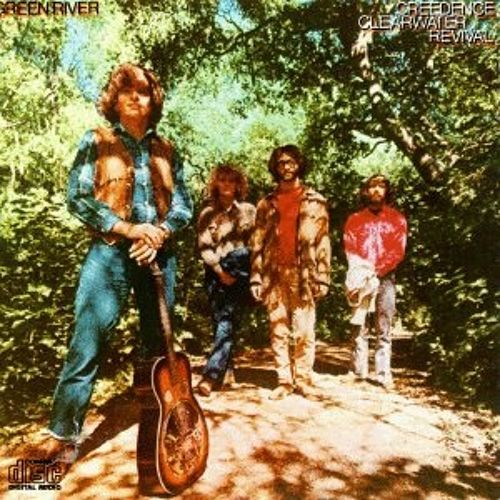 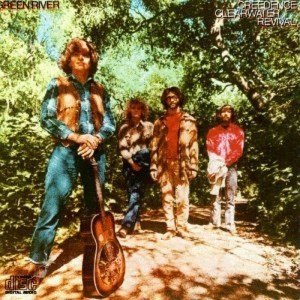 I’m sure I’ve mentioned it before on here, but one of my favourite films is “Almost Famous”. It’s whimsical, sure, but for capturing that golden age of rock music, of life on the road and the leviathans of the genre at their highest, it works perfectly.

Soon this blog will get on to Led Zeppelin, Lynyrd Skynyrd and Deep Purple, but for me, this is one of the first albums in here that makes me close my eyes and think of tour buses cruising across America, the future ahead of them and their lives defined by each Rolling Stone cover.

“Green River” is an evocative album. A step ahead from “Bayou Country”, it’s full of heartfelt lyrics and grizzled vocals from Fogerty along with that treacle-rich southern feel. From the title track (an old GTA: San Andreas favourite), through surprisingly emotive ballads like “Wrote a song for everyone”, written by Fogerty about his failing marriage, it doesn’t falter.

Of course, the big hit, and album highlight, is the magnificent “Bad Moon Rising”, a time-stopping epic of a song that captures the flammable politics of the time perfectly. Downbeat but uplifting, hard rocking but deep, it’s brilliant. And as someone pointed out to me, was there ever a more perfect song for the “An American Werewolf in London” soundtrack?

“Lodi” though, is a strong contender for the top title on this album. It’s got the same bass riff feel as “Bad Moon Rising”, but it’s bluesy, a song about life on the road, and it sounds gorgeous.

“Green River” is the album that properly defined Creedence’s sound and led to further great albums like “Cosmo’s Factory”. But this is a simple, honest rock and roll album and it’s a damn fine one.