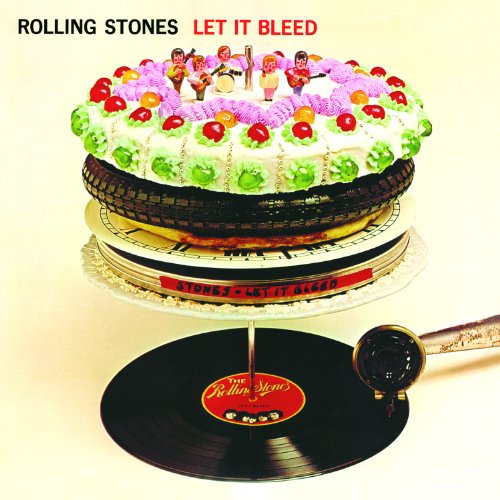 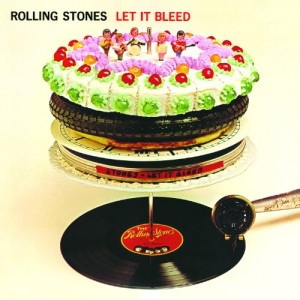 Sheryl Crow once said “This is the one I’d save from the fire”, and while you have to sympathise with the poor love not understanding how Spotify works, it’s a nice sentiment. “Let it Bleed” is, after all, a big bad classic album, standing perhaps even taller than “Beggar’s Banquet” or “Sticky Fingers”. To me though, it feels like a slightly disjointed transition album, a bridge between the sixties age of “Sympathy for the Devil” and “Street Fighting Man” and the raw blues muddiness of what was to come.

I say disjointed though, because while “Let it Bleed” has its share of the greats, it feels like an experimental leap towards country blues that it never quite fulfilled. Tracks like “Love in Vain” and the surprising “Country Honk” (the original arrangement of big hitter “Honky Tonk Woman”) mix fiddles and steel guitars feel out of step with classics like “Gimme Shelter” and “You can’t Always Get what you Want”, or the more familiar rockers like “Live with Me” and “You Got the Silver”.

“Gimme Shelter”, which opens the album in epic style, is the star child of ominous end-of-sixties rockers that you just can’t help but play in your head superimposed with dark shots of Huey helicopters over the Mekong valley. It’s been argued that it was the pinnacle of everything Mick and the boys ever did, and while I’m not going to poke at that can of worms, it’s an epic of Odyssean proportions. Decades after I first heard it, Merry Clayton’s “Rape and murder… it’s just a shot away” still gives me the shivers.

As you might expect, it’s been covered to death (I am fond of the brooding Sisters of Mercy cover on “Some Girls Wonder by Mistake”). To my regret, I never bought Food Records’ 1993 “Putting our House in Order” singles, packed with eleven covers of the song from a surreally diverse range of artists ranging from 808 State to Hawkwind (with Samantha Fox on vocals). There’s bits of it floating on YouTube though.

“Love in Vain” and “Country Honk” set the bayou mood nicely, but it’s “Live with Me” that slams the accelerator down for the album. It’s got a gorgeous bass intro straight out of the British blues rock school and mixes it with the funky jam feel that they’d later slather themselves in for “Exile on Main Street”.

Title track “Let it Bleed” is rich and soulful, with crisp guitar and blues piano. It’s a warm and dirty ballad of filthy lyrics and emotional openness, and it sounds gorgeous in 24-bit FLAC.

“Midnight Rambler”, which launches the B-side, is epic in scale (Keith called it a “Blues Opera”) and while the live version on “Get your Ya Ya’s Out”, which made it onto “Hot Rocks” always felt a little indulgent, here it sits intriguingly as a great bit of uptempo blues with just enough darkness to fit in amongst its peers on the album.

“You got the Silver” has the unfortunate distinction of being the last Stones recording to feature Brian Jones, and is probably the gentlest track of the album. While Keith does a fine job of the vocals (his first solo lead vocal), apparently there’s a Jagger vocal bootleg out there that’s worth a listen.

“Monkey Man”, a nice simple rocker that feels surprisingly contemporary, was the hidden treat for me while rediscovering this album. You can just visualise Mick winking at his audience with the line “Well I hope we’re not too messianic or a trifle too satanic, but we love to play the blues” – I really hope that ends up on a plaque somewhere when the boys finally call it a day.

All of it though, pales into insignificance next to the wonderful, joyful, epic “You Can’t Always Get What You Want”. Infamously reduced to cliché by its use in eighties cozy-fest “The Big Chill”, it’s the merger of rock and orchestra that outshines even “Hey Jude”, and its central line has been an anthem for unrequited romances for decades since. If there was ever a song to tell you that it’s all going to be OK, this would be the one. I never tire of it.

Oh, and while some might call it sacrilegious, I always liked the 2008 Soulwax remix of it too.

“Let it Bleed” is a wonderfully accomplished album that stands proudly in the Stones’ run of blinders from “Beggars Banquet” to “Exile on Main Street”. With the mid-album loss of Brian Jones and coinciding with the Altamont horrors, it’s always going to be seen as vaguely sinister, but there’s just as much joy as fear to be enjoyed in these 42 minutes.

Oh yeah, and Delia did the cake on the cover, trivia fans. She was a little minx back in the day I bet.