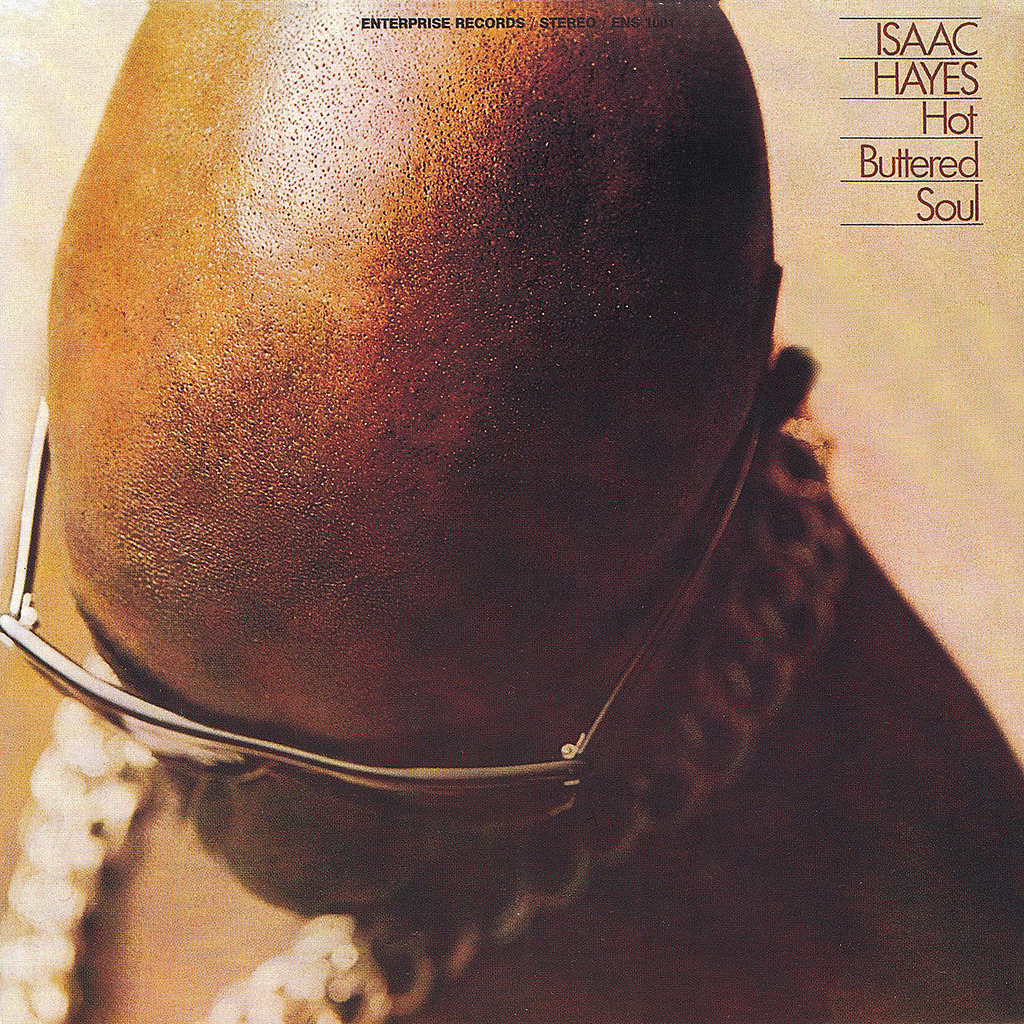 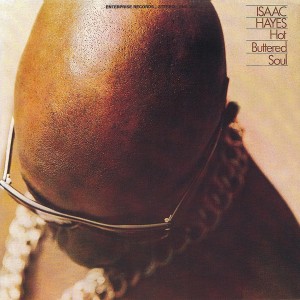 The sixties were a golden age of soul, as Otis, Solomon and Marvin would happily testify, but with the decade coming to a close, things were starting to change. The Temptations and Sly and the Family Stone were getting their funky trousers on, but this epic, EPIC groundbreaking album was a blueprint for what soul was going to mean from now on.

Backed up by the Bar-Kays, previously known for the joyous “Soul Finger”, this was Isaac Hayes’ second album, but on this one he had full creative control, and he threw out the three-and-a-half-minute template right from the start. And as his succulent eleven-minute opening cover of Bacharach-David classic “Walk on By” attests, he does a fine job for it. That growling guitar riff was later sampled lovingly by both Compton’s Most Wanted and The Notorious BIG, who, lets face it, probably owed his career to this album.

“Hyperbolicsyllabicsesquedalymistic” is the closest to funk on the album, but it still leans on a gentle tempo, with wailing guitar and some quite nifty piano work complementing Hayes’ iconic voice in a satisfyingly old-school style.

“One Woman” is the shortest track on the album, and probably the most conventional, but it’s still a thriller, with symphonic backup and pained, emotional vocals.

“By the Time I get to Phoenix” though, is the show-stopper of the album. Starting with a NINE-minute spoken intro, it ascends into a philharmonic soul jam the likes of which had never been seen before.

“Hot Buttered Soul” is a transcendent album, as comfortable at home sat amongst old-school Motown as modern R&B, but it just feels gargantuan, audacious and sexual from start to finish. That iconic cover art with shaved head, gold chains and sunglasses just confirms it. Hayes was all about the lovin’, and his chocolate salty balls were bold as brass on this one.

Has there ever been a more aptly-titled album?