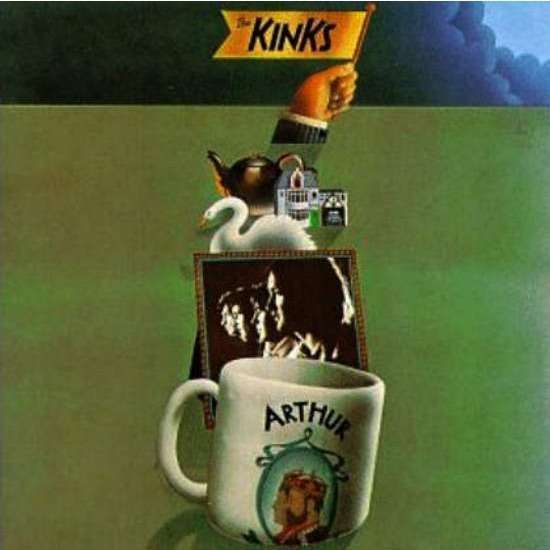 OK, so we had the Beatles and the Stones doing it for us, but if there was ever a band in the sixties who deserve praise for flying the Union Jack, it’s The Kinks. 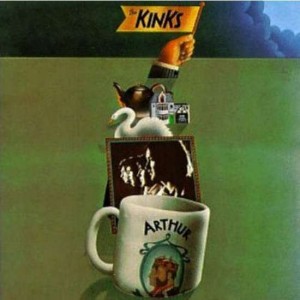 OK, so we had the Beatles and the Stones doing it for us, but if there was ever a band in the sixties who deserve praise for flying the Union Jack, it’s The Kinks. Just as on “The Kinks are the Village Green Preservation Society”, this album is a superb snapshot of just want it means to be part of Blighty, particularly at what was a turning point in our history.

Ostensibly, this is a concept album about the eponymous Arthur, an ordinary man coasting through the twentieth century, fighting in wars (as can be heard on the vitriolic “Yes Sir, No Sir” and even bitterer “Some Mother’s Son”), listening to Churchill and growing old as his son leaves for a new life down under (“Australia”).

Musically there’s much to enjoy here. The classic opener “Victoria” shines with energy, while there are some joyous moments like the wonderful “Driving” and “Brainwashed”, the latter of which has some delicious crunchy guitar sound hidden into the mix.

Side 2 doesn’t quite explode with the enemy of the first side, but it’s far from dull, with the thoughtful “Young and Innocent Days” and Beatles-y “Nothing to Say”, while the album closer “Arthur” sums the whole thing up, strangely pulling all the concepty-ness of the album into a few short verses of exposition. Still a great little song though.

In many ways, this can be thought of as a counterpart to The Kinks’ earlier “The Kinks are the Village Green Preservation Society” as both dedicate themselves to a whimsical narrative based around the middle-Englander psyche. But while the earlier album was content to delve into satire, the tone on this one is a lot angrier and pointed, and stands out musically as the better of the two.

It’s far from perfect. The careful humour that defines the album feels like it’s been slapped on with a paintbrush on the rather kitsch “She bought a hat like Princess Marina” for instance, but there’s so many great achievements like the harmonic “Shangri-La” that it’s pointless nit-picking too much.