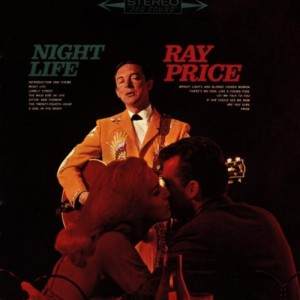 Another hidden surprise here. Ray Price was a part of the country heritage that sprang up in 1940s Nashville. He played with Hank Williams’ band for a while but over the course of the next decade he’d carved out his own niche in the honky tonk genre.

By the time he’d got to this album, country music was starting to get interesting and a bit commercial, and this album feels like it’s at a crossroads. It’s soulful, full of heartache and has a hint of blues that doesn’t feel as out of place as you might imagine.

The title track is written by a young Willie Nelson, who according to legend fell out with Price after shooting his rooster, and if this album has a highlight, it’s Ray Price’s spoken introduction in the song, welcoming you to the album. And welcome you it does.

Intriguingly, in the “1001 albums…” book, it describes this album as Ray Price’s Nashville answer to Frank Sinatra’s “In the Wee Small Hours”, and it certainly feels like it. You know that image I mentioned of Frank sitting by the moonlit apartment window, crooning his fate? Well, you’ll find Ray Price at the back of the bar downstairs, drowning his sorrows with a bottle of Rye.