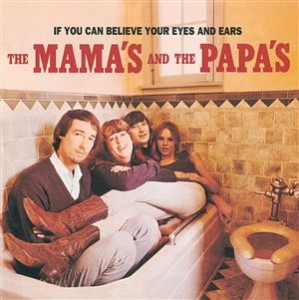 The sun was clearly rising in the west in 1966, and for The Mama’s and the Papa’s, they were rising with it. I’ve always loved that California sound of the late sixties, the soundtrack of flower power and psychedelia that stretched from Manfred Mann through Jefferson Airplane all the way into Iron Butterfly and dangerous flirtations with prog rock.

If there’s one track that always gets me though, it’s “California Dreaming” – an obvious choice, sure, but it’s one of those songs that has an effect on me (I also have an inexplicable urge to cry during the third verse of “Have yourself a merry little Christmas” – no idea why). For “California Dreaming” though, it’s the drifting lyrics and wonderful harmonies as it tells a story that’s always seemed like a post-hangover walk towards enlightenment to me.

That song’s here of course, but it’s deeply embedded amidst a plethora of rich tunes. The trademark sound is there throughout, whether it’s in new tunes like “Go where you wanna go” or bold reinterpretations of classics like “Spanish Harlem” and “Do you wanna dance?”.

The M&P’s were at their heart, a pop band, but they were a band with their own unique sound and it sounds fresh and uplifting still, 48 years later. And even though it’s a crappy January day in Northampton as I’m writing this, with this album Bluetoothing its way into my headphones, it feels like the sun’s just come out.