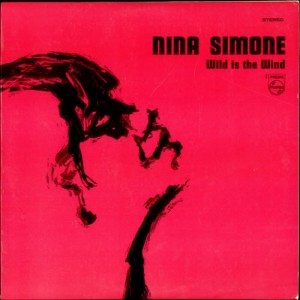 I’ve never quite been able to define it, but there’s something about Nina Simone. It’s not just her talent as a vocalist, her rich jazz sound and her creativity, but there’s something just a little, well, in-your-face about her. Whether it’s the soft wink to the listener in “My baby just cares for me” or singing about her boobies in “Ain’t got no… I got life”, her two greatest hits, or her formidable record in the civil rights movement, she commands, hell, she DEMANDS your attention.

On this album, while it’s really just a collection of studio and live recordings from 1964-65, that force of nature is evident. From the jazzy opener, “I Love your Loving Ways” which segues into the stunning “Four Women”, to the heartbreaking notes of tracks like “That’s all I ask”, “If I should lose you” and “Either way I lose”, this is an album that never lets up and never really sags.

But for me, there’s two tracks that stand out. The title track is mystical, drifting and mesmerising, and her cover of “Lilac Wine” is just heavenly. For those of us raised on Jeff Buckley’s gentle interpretation, the power that she brings to each line hits like a hammer every time, and the result is just exquisite.

Nina Simone was vocal in both senses of the word, and to really get what she was capable of, this album is as good a place as any to start.