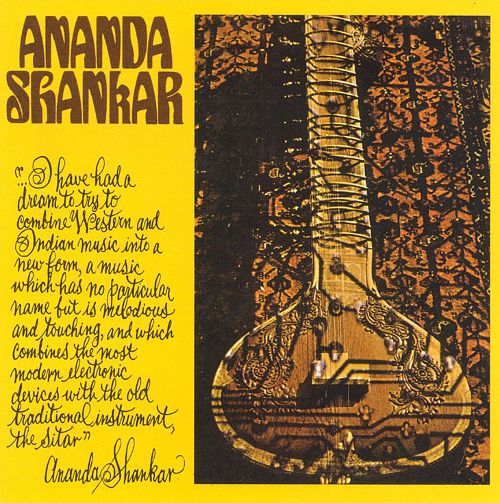 Fresh from turning down an album collaboration with Jimi Hendrix (surely a crime?), this debut from Ravi Shankar’s classically trained nephew grabs your attention. 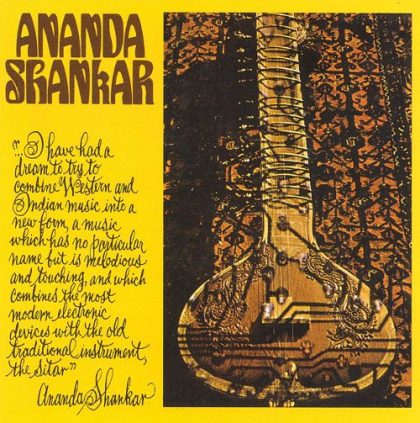 Even if the sound has become a curry house cliché, there’s always been something quite joyous about the sound of a sitar. It was the dawn prayer of the Beatles going somewhere interesting on “Norwegian Wood (This bird has flown)” and something that Ravi Shankar would do a great job of introducing to Western audiences with 1968’s “The Sounds of India”.

For Shankar’s nephew Ananda, it was an invitation from Jimi Hendrix to collaborate on an album together that got him to go his own way, deciding that such an album “wouldn’t be my music”. And while we can mourn the loss of one of the greatest albums that never were, it did lead to something quite interesting.

Ananda Shankar’s eponymous album was a landmark in creating a fusion of traditional Indian classical music with a modern, rock feel. It’s best evident on storming covers of “Jumping Jack Flash”, which opens the album, or the warmer “Light my Fire”, but thanks to the healthy injection of Moog and a few good drum solos, it’s a motif that carries through.

(found a really good remix of it too).

It’s also a good landmark for ambient music. “Snow Flower” calms the mood with a pleasant floating sound, and “Sagar (The Ocean)” explores that ambience on a whole new level. The latter was also reminiscent of Pink Floyd’s “Echoes” for me, but whether that’s down to the wind sound effects or my own Floyd geekiness is up for debate.

“Metamorphosis”, a highlight of the album, brings the funk quite nicely, and there’s some fantastic breakbeats and Moog chords to keep things interesting. “Dance Indra” moves back to Indian traditionalism (despite the addition of rich synth), while album closer “Raghupati” combines the chanting narrative fun that his uncle pioneered with a fevered, upbeat approach.

“Ananda Shankar” takes a few listens to adapt to, and sank too fast into the background on the first few plays, but there’s a lot to discover once you get into it, and move past the stereotypes that plague musical genres like this.

I fancy a Bhuna.