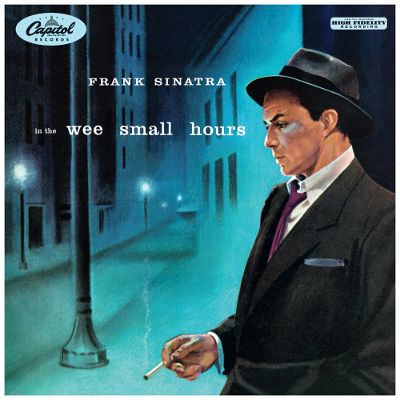 Quarkmonkey begins his journey through a lot of albums with a look at this 1954 charmer from Ol’ Blue Eyes himself, Mr Frank Sinatra. 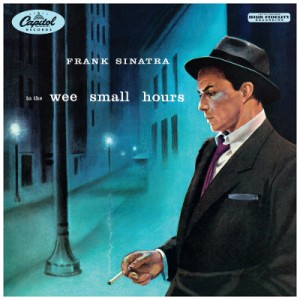 Or at least, that’s what we’re supposed to think reading the book. This was the start of a golden age, where musicians would be recognised for their portfolios rather than their songs. They could set a vision, tell a story, bounce each song off another. It’s kind of weird now to think about when that wasn’t around.

Anyway, the album. I like Frank Sinatra. He’s got that swagger, that charm, and while here in the 21st we remember the glam and the glitter and singing “I’ve got you under my skin” with Bono. But here he is, young, unsure about his career, utterly professional and determined, like he didn’t know what was coming.

It’s a warm, inviting album. It’s not about swing, it’s not about pomp or even showbiz. It’s a serene soulful record. From the title it’s not hard to imagine him in an open window, crooning at a world that left him lonely, but smiling and taking in the night sky…