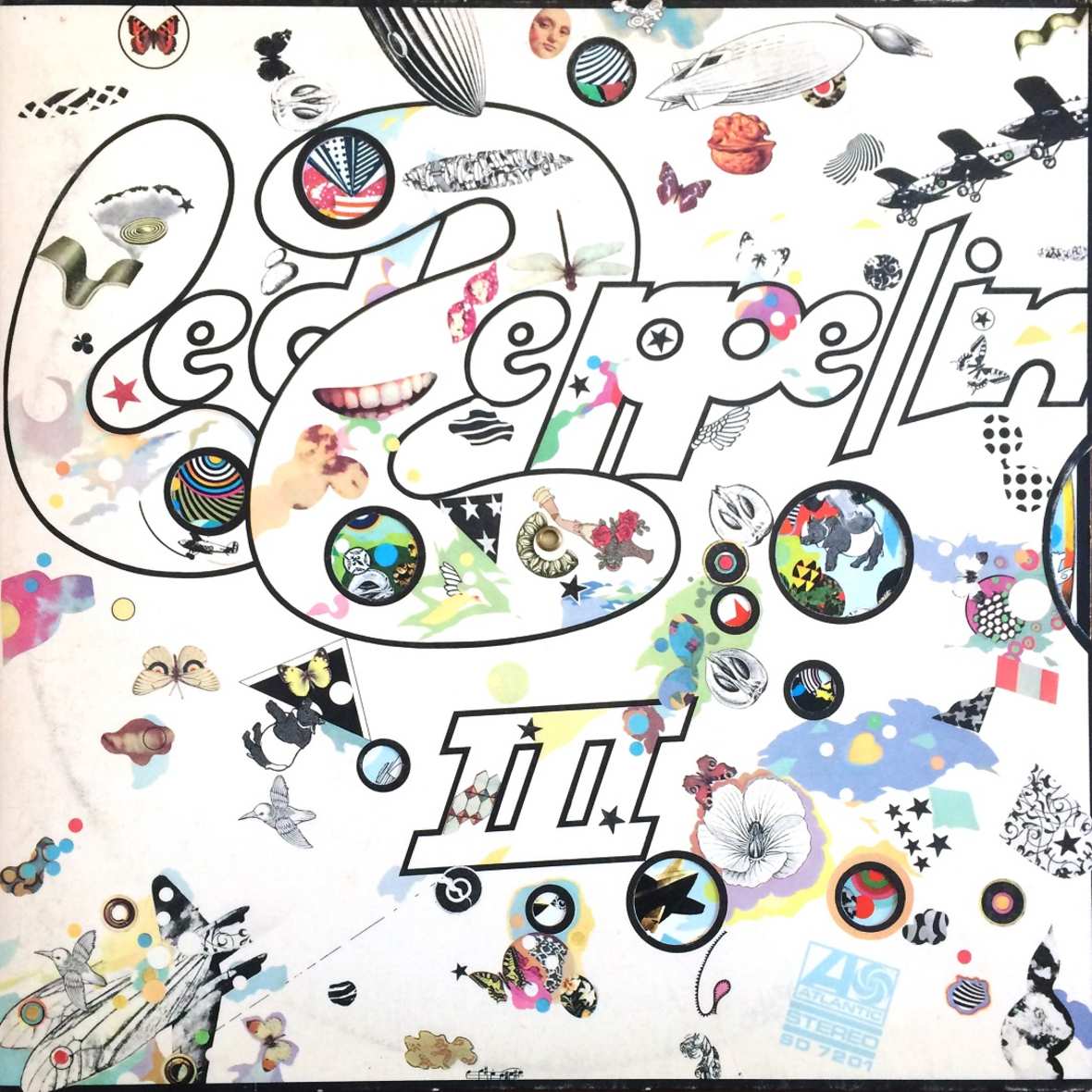 Critically mauled on its release, Led Zeppelin III didn’t quite have the Whole Lotta Lovin’ that the audience wanted, but the years have been kind to the band’s attempt to spread their wings. 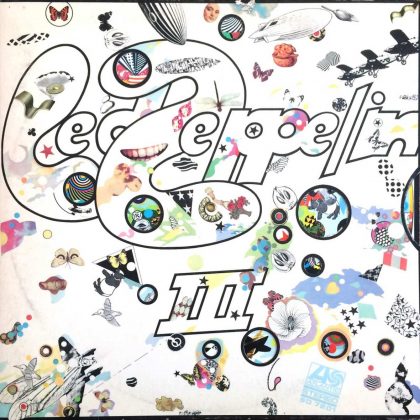 It’s easy to forget sometimes that there’s another side to Led Zeppelin, at least if you’re listening to them in these early career stages anyway. The blues to rock to epic bang that defined tracks like “Communication Breakdown” and of course, “Whole Lotta Love” were, by this time in their career, the Zep’s trademark, but they did alright on the softer acoustic side as well.

I never particularly liked Led Zeppelin III growing up, despite the fact that it begins with what is probably (one of) my favourite tracks, the blindingly exciting “Immigrant Song”. This is the first album that really explores that ‘other’ Led Zeppelin, with gentle acoustics and a mix of (blatantly nicked) folk-blues and weird Druid shit.

“Immigrant Song” is explosive, angry, frightening even, an adrenalised fury of howling vocals and thunder. It’s a song that came to define the Zep’s live sets (when they weren’t going drum batshit on “Moby Dick” anyway), and damn it’s good. Check this puppy out…

It’s been covered to death, recently and notably by Trent Reznor and Atticus Ross for the “The Girl with the Dragon Tattoo” soundtrack (it is quite a Scandinavian song), but for me the best ones are a VERY early and noisy Nirvana…

… and a rather more sedate but evocative acoustic cover by SOAK.

“Friends”, which follows, is the first taste of that ‘other’ Led Zeppelin on the album, with the band stretching their acoustic legs on a simple but intriguing number that even dares to have strings! (Judas!). But don’t fret, it ends on some nice Moog that leads into “Celebration Day”, a more traditional rock number.

“Celebration Day” isn’t the band’s most remarkable track (the critics weren’t kind to the rock numbers on Side A of this album), but it does come at you like a freight train, and the bass and lead guitars work in delicious synergy.

“Since I’ve Been Loving You” returns to the acoustic, and is one of the more notable tracks on the album, full of soul and blues. Like three other tracks on here, it was ‘covered’ by Page and Plant for their MTV ‘Unledded’ performance and subsequent album “No Quarter”, mixed with a Middle Eastern orchestra and despite the strange surroundings, is more bluesy than ever.

“Out on the Tiles” is often overlooked, which is a shame, because it evokes the sound of their first album and ends the A-side nicely.

Once the vinyl flips though, the real essence of this album starts to come out. It starts off with a rousing (and once again pilfered) cover of Leadbelly’s “Gallows Pole”, and is a grand new step for the band, not just acoustic but creatively structured and merging folk banjo with more familiar rock drums. It leans on tradition but is full of invention and never fails to excite.

It’s followed by “Tangerine” and “That’s the Way”, both among the band’s more gentle and emotional songs. Both incidentally were used to great effect in Cameron Crowe’s “Almost Famous”, with “Tangerine” providing the perfect outro (man, I love that film). “That’s The Way” also gets the “No Quarter” treatment, quite effectively.

“Bron-y-Aur Stomp” is a triumph of a track, sounding both richly acoustic and different to anything the band had done previously, while the album’s closer “Hats off to Roy Harper” is a surreal mix of slide guitar and distorted vocals that shows off Plant’s prowess as a blues singer.

It’s a fitting end to this album that the closing track leans on the blues tradition and acoustics rather than the usual crunchy riffs. When Led Zeppelin III was released, it got a rough ride from the critics (so much so that Page refused to give interviews for 18 months), but as Page himself stated, “Led Zeppelin III was not one of the best sellers in the catalogue because the audience turned round and said ‘What are we supposed to do with this?’—’Where is our ‘Whole Lotta Love Part 2’?”.

Led Zeppelin III has been redeemed over the ages, and it’s an album I warm to in a way that teenage me didn’t. The band would soon reach a creative zenith with “IV” and “Physical Graffiti”, but this is an important album, a reminder that in a world surrounded by Deep Purple and Black Sabbath, Led Zeppelin had the smarts to push the envelope a bit.