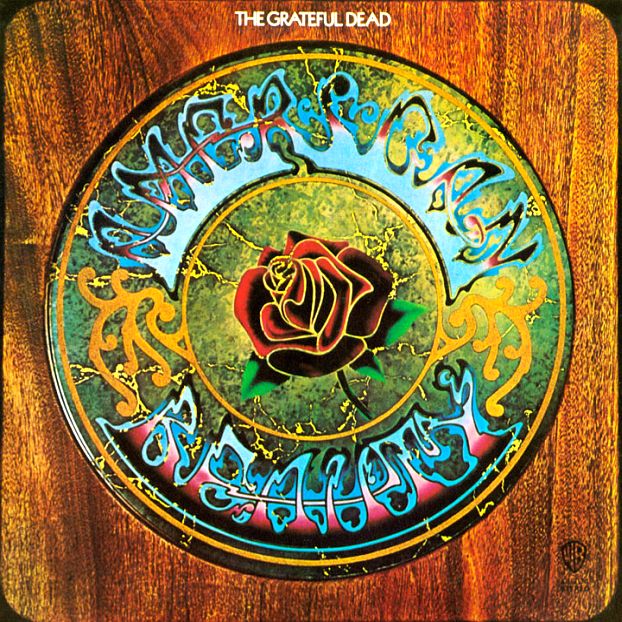 “American Beauty” is the landmark of the Dead’s back catalogue, but despite its soul, harmonies and craftsmanship, it never quite feels enough. 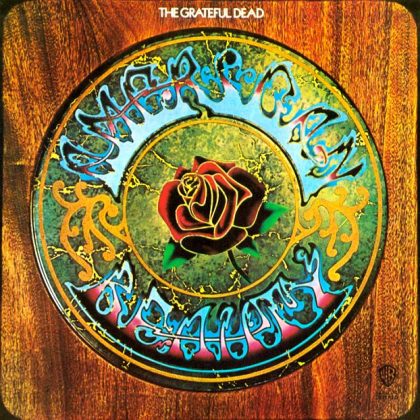 Maybe it’s the weight of expectation, but after years of not giving The Grateful Dead any kind of serious listen, but still hearing of their devoted following and the ongoing deification of Jerry Garcia, I always felt like I was missing something.

Discovering “Live/Dead” a few reviews back was a bittersweet moment then. Looking back, it was a notable piece of live psychedelia with some impressive moments, but for me it didn’t quite live up to what I was anticipating.

Now once again, I’m discovering The Grateful Dead once more, on what is a radically different beast to “Live/Dead“. Following a quite dramatic metamorphasis from trippy jamming to folk-rock with their previous album “Workingman’s Dead”, “American Beauty” has been described as the band’s landmark piece, and by rights it is a fine, beautifully crafted album. And yet, I still find myself not quite engaging.

When the album starts off with the gentle yet rich “Box of Rain”, it sets the tone for the album, a slice of Americana that pulls in the country sound but matches it with a worldview that’s more Rock than Nashville.

“Friend of the Devil” is more energetic and quite witty with its lyrics, while “Sugar Magnolia” is just as well-crafted, with bright use of harmonic vocals and steel guitar. The short and snappy “Operator” leans on Ron “Pigpen” McKernan both for its lyrics and vocals, and it’s full of charm.

“Candyman” is the longest track on the album, and it demonstrates Garcia’s pained and soulful vocals best, and once again the smart use of harmonies makes it a highlight of the album.

Side B starts with “Ripple”, a track that drops any pretension of the Dead’s rock roots, a pure country effort. There’s much to enjoy though, with a serene mood that carries on through their next track, “Brokedown Palace”. The latter is slower, softer and almost a cappela except for some piano and a little subtle bass guitar.

“Till the Morning Comes” gets the tempo going again, and is perhaps the most old-school Dead track on the album. There’s something intangibly 60s about it, and there’s a couple of points in the chorus where it almost sounds like something from the fab four. Or maybe that’s going a bit far.

“Attics of my Life” leans on that harmonic vocal theme more than any other track on the album, and it’s flawlessly crafted and haunting. But for all its technical prowess, it’s not as memorable as you’d hope.

The album finishes with the R&B-sounding “Truckin'”, a happy celebration of life on the road with the band. It was a popular radio favourite for the band, and it’s easy to see why. This isn’t a post-CSNY country track, but a folky rock ballad. As far as tracks on the album go, it’s the black sheep of the family, but as a closer, it’s a romantic delight.

There’s a lot to enjoy on “American Beauty”, and there’s no doubt about the remarkable craftmanship that put it together. And once again I find myself enjoying the listening experience, despite that “Yeah, but…” voice in my head that stops me really falling for it.

“What a long strange trip it’s been”, Jerry sings on the end of “Truckin'”.