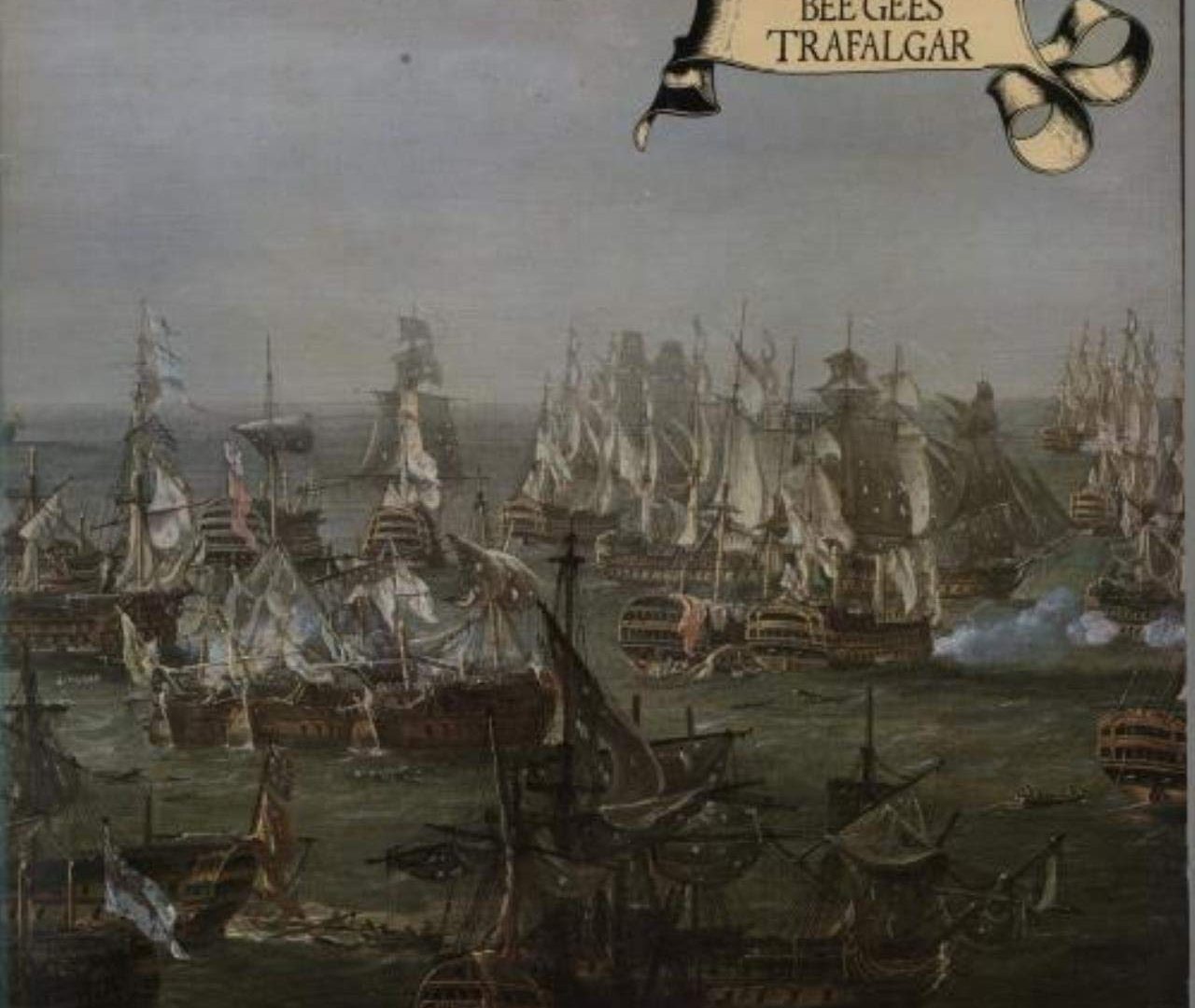 Let’s just cut to the chase shall we? This NINTH Bee Gees album came out in 1971, the BIG year that gave us Funkadelic, Joni Mitchell, “What’s Going On?” and “Sticky Fingers”. So what the fuck is it doing here in the list?

As I pondered back when I reviewed “Odessa”, I’m not sure where my intolerance for the Bee Gees began. To be fair, when they finally got their disco shoes on they cranked out a couple of belters, and as songwriters they did manage to come up with Diana Ross’s “Chain Reaction” (love that one) as well as Dionne Warwick’s “Heartbreaker” and the main theme from “Grease”. But it’s still not enough to get past their forty years of being obnoxious twats with fucking awful vocal performances.

Shockingly, “Trafalgar” was the NINTH album from the Bee Gees, and as a band now reunited with Robin Gibb, this should have been the moment where they started getting their vibe together properly. If only that was true.

I suppose my bitter reaction to this album came with discovering that Al Green’s gorgeous “How can you mend a broken heart” was actually a cover of this album’s opener. Still, it’s not a bad tune on here, and it’s followed by “Israel”, which is bold and grabs your attention at least. That said, it’s still got lyrics like “Where there’s sand, where there’s beautiful sand, you know you got a feeling that’s just grand” to torture you.

The tracks that follow mix boldness with cringe in the same way. “The Greatest Man in the World” has a sort of epic orchestral backdrop, while “It’s just the way” is sort of passable. But it all goes downhill from there.

“Remembering” sounds fucking ridiculous. It’s the song you could imagine ABBA coming up with if they all had violent stomach cramps in the studio that day. “Somebody stop the music” (what a great sentiment) has some fun at least, not least with the closing bebop stanzas.

Side B starts with “Trafalgar”, a rather simple ballad that’s heartfelt at least, and has interesting instrumental backup. If the rest of the album met this level of quality, then it would at least be worth consideration.

“Don’t wanna live inside myself” has been described as the group’s homage to “While my guitar gently weeps”, although I don’t see it myself. What is obvious is the excruciating lyrics (check out “I am the jaded tiger, and every tiger knows my name”) and, once again, overdubbed vocals that make your skin crawl.

“When do I” and “Dearest” are real low points (I suppose even manure has more toxic parts than others). “When do I” is insipid as a song, and vocally sounds like a mix of a cat being spayed and Vic Reeves’ club singer routine from “Shooting Stars”.

“Dearest” is even worse – an excruciating attempt at a funeral ballad that shows how bad Robin Gibb’s vocals are.

It picks up for “The Lion in Winter”, which is at least bold and experimental, and there’s a certain charm about the album closer “Walking back to Waterloo”.

It’s not easy to find positives about this album, but I suppose some parts are merely mediocre compared to the audial cockpunches on side B. It also has the courtesy of being half an hour shorter than “Odessa”.

Still, “Trafalgar” is an album that sticks out like a sore genital wart in the midst of 1971’s greats, and really doesn’t deserve to be on this list.