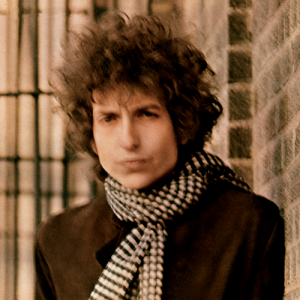 “Don’t tell anyone you don’t own “Blonde on Blonde”. It’s gonna be okay.”

It’s that line from “High Fidelity” that keeps jumping out at me me when I think about this album. Fresh from meandering around university and having money in my pocket for the first time, that was the line that made me buy this album – I NEEDED to have it whether I knew it or not.

So maybe it took me a while to actually discover it for myself, and twelve years later, it’s still an album that eludes me. As a follow-up to “Highway 61 Revisited”, it’s more mature, more layered and way bolder. It’s got more of its fair share of standalone classic songs – “Just Like a Woman”, “I Want You” and of course student-giggle fave “Rainy Day Women Nos. 12 & 35” – everybody must get stoned apparently.

But it’s more than that. As much as anything it’s a double album from a time when such things just weren’t done. And it’s an album where each song is done on a massive scale, layered and with songs like “Visions of Johanna” stretching his songwriting chops further than ever before, this was a landmark for Dylan.

For my uncultured ears, it’s not quite as accessible as “Highway 61 Revisited”, but it’s still a stunner, even if it’s going to take me another twenty listens to really get the hang of it.