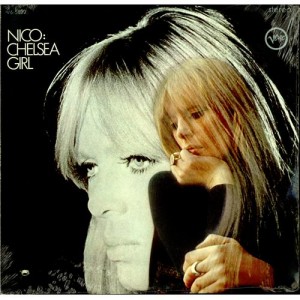 When I mentioned to a colleague that Nico was next on my list of albums to write about, his immediate response was, “well at least I’ll know why if you’re not in on Monday”.

He has a point really. KC and the Sunshine Band this isn’t. It’s sparse, bleak, almost caustic in its minimalist sound and wistful vocals, as if you were listening to the dying swan song of Marlene Deitrich over a string quartet.

But for Nico, soon to find fame with the Velvet Underground and an impressive lineup of bedroom conquests, it’s OK because when it comes to that mood of beautiful desolation, she gets it just right. The title track is just gorgeous, like a satin blanket for the ears, and standout tracks like “It Was a Pleasure Thing” and opener “The Fairest of the Seasons” are soothing and warm.

The album wasn’t a giant hit on its initial release, and Nico herself was one of its harshest critics, but it’s a wonderful (if not immediately accessible) 45 minutes of vocal art-rock ambience, and a perfect example of a great ‘headphones’ album.