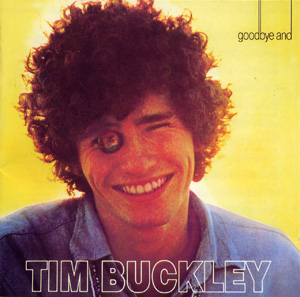 For modern listeners, he’s always going to be “Jeff’s Dad”, but back in the day Tim Buckley was a formidable singer with both a unique voice and and ability to merge psychedelia with folk music while giving it all a sense of gravitas.

On this, his second album, that shines through impressively. He was only 20 when he put it together (and it’s not even his first album), and it sounds like an album from someone much older and seasoned. Tracks like the heartstopping “No man can find the War” and the soaring “I Never Asked to be your Mountain” (beautifully covered by estranged son Jeff at a 1991 tribute concert) have real majesty that deserve putting the volume on high and taking a deep breath to really enjoy.

It jumps about a bit – it’s playful on tracks like “Carnival Song” and “Pleasant Street”, ethereally drifting on the likes of “Hallucinations” and totally up its own arse on the likes of “Knight Errand” (what was with all these medieval bollocks tracks in the sixties?).

But it is a beautiful album. “Once I was” is a song with pure love in its heart, and it’s bravely experimental (and Pepper-esque) in later songs like the title track and closer “Morning Glory”.

Like his son, Tim Buckley died far too young (a heroin overdose in 1975, aged 28, made him just miss membership of “The Stupid Club”), but he left a few classics behind, and this is perhaps his mightiest moment – a great headphones album that’s a joy to sink into.