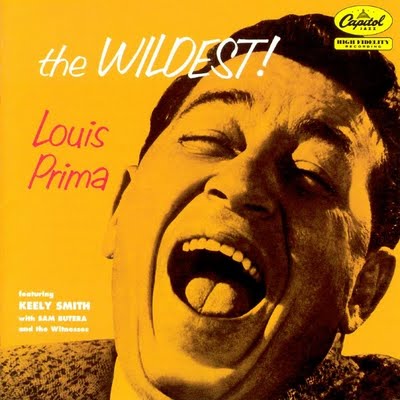 It’s all easy-to-digest Vegas swing with an Italian twist, but it’s hard not to listen without dreaming you’re in “The Sopranos”.

It’s hard not to listen to stuff like this without dreaming you’re in “The Sopranos” for sure, but there’s no denying that this is a capable and fun album, and that it screams energy that you can only imagine would have been sensational live.

It’s all easy-to-digest Vegas swing with an Italian twist, but with tracks like “Just a Gigolo” or “Hey Marie” it’s something to listen to, and the surprisingly dark “(I’ll be Glad when You’re Dead) You Rascal You”, it’ll make you shift uncomfortably in your seat while you’re enjoying the beat.

Oh, and Louis Prima was King Louie in “The Jungle Book”. No, me neither.

UPDATE: It’s just occurred to me that, if I’m going to see this all through to the finish, then it’s going to take me the best part of three years. Worse, at some point there’s probably going to be a Genesis album to force upon myself.