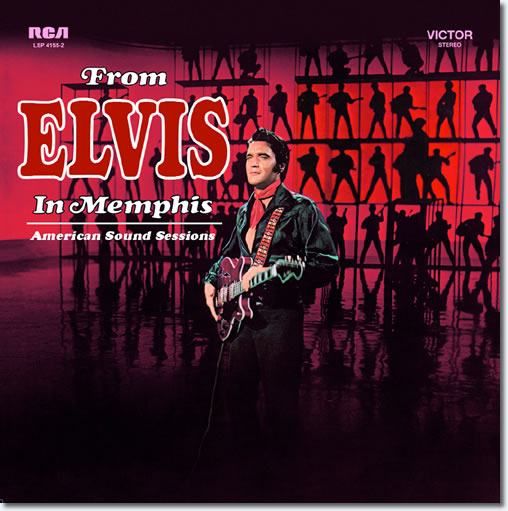 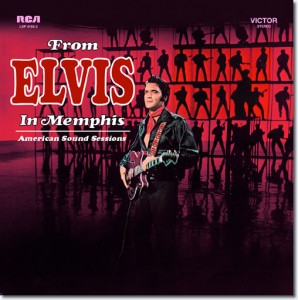 The sixties never really swung for Elvis. After his brief but totally kicking return from Army duty, he soon buggered off into a lot of very shitty movies and by the end of the decade, it seemed like his career was pretty much finished. Most of his fans had tuned in and dropped out, and he was increasingly starting to look like a relic.

It was his 1968 comeback special which changed all that. Probably one of the greatest concert films of all time, it had him sitting down with a steel guitar, mixing up his old hits with R&B numbers of his youth, as well as getting gospel with the likes of the epic “If I can dream”. It’s an hour and a half of pure uncut King straight into the veins, and it rivals his debut album as the greatest thing the man ever did.

Of course, this isn’t that album. The year after the comeback special, he went home to Memphis, now the home of soul, and sat down to record sessions at American Sound Studios.”From Elvis in Memphis” is more thoughtful than the comeback special, with elements of contemporary (for 1969) soul with “Only the Strong Survive”, as well as country (“It keeps right on-a-hurtin’) and some bold and sorrowful balladeering with “Long Black Limousine”. The highlight is probably his big hit “In the Ghetto”, which closes the album – a prelude to the hit-and-miss epic glam of later stuff like “American Trilogy” and “Burnin’ Love”. “In the Ghetto” is a bleak and thoughtful song, full of anger and surprisingly counter-cultural for the man, and while to modern ears it’s a little cheesy, imagine hearing it from the man for the first time, fresh and raw.

The album never included the totes amazeballs “Suspicious Minds”, which is a shame, particularly as it returned him to his rightful place at number one. This is an album which is slightly tamer than the comeback special, but damn accomplished, and one that would not only give America back its original rock star, but prove pretty clearly that he was capable of getting the music industry all shook up again.