Showing there’s more to Rod than the 70’s tartan caricature, “Gasoline Alley” captures an artist in his prime, with this impressive and underrated surprise. 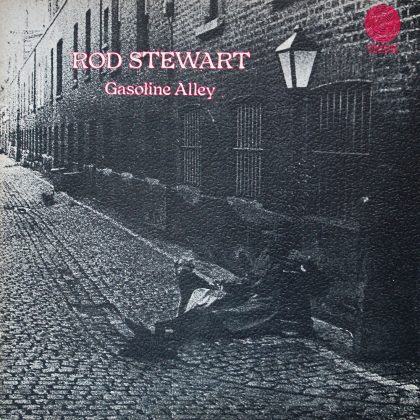 It’s a bit sad saying it, but for us Generation X’ers, Rod Stewart has always been a bit of a comic character. Whether that’s because of countless cheesy discos playing “Do Ya Think I’m Sexy?”, that fucking awful collaboration with Sting and Bryan Adams, or just his status as an icon of 70’s rock pomp, I don’t know, but I approached “Gasoline Alley” with some trepidation.

That’s a bit unfair really, because between his solo work and The Faces, he was capable of putting out a few belters when he wanted to. And let’s face it, his appearance on Jeff Beck’s “Shape of Things” sounded wonderfully familiar and kind of epic at the same time.

“Gasoline Alley” isn’t Rod’s big album – that honour would go to his 1971 follow-up “Every Picture Tells a Story”, and it’s surprisingly gentle. It’s mostly acoustic, leaning on a few country chords and Rod’s distinctive voice, but it does have a few chances to rock, including a delightful cover of The Valentinos’ “It’s All Over Now” (more famously covered by the Stones).

For the most part though, this is a songwriter’s album, whether that’s in a tender cover of Bob Dylan’s “Only a Hobo”, covering Elton John’s “Country Comforts”, or indeed Stewart’s own efforts on “Gasoline Alley” and “Lady Day”, both of which stand out on here.

“Gasoline Alley” has the vibe of a folky album, but that’s not really doing it justice. Pulling The Faces in for “It’s All Over Now” and the more riffy “I Don’t Want to Discuss It” gives it its rock certificate, while there are touches of soul and R&B throughout. What this album is though is a surprisingly dignified and tender 42 minutes. Even if its creator would later become the tartan twat of 70’s pop culture, he deserves more than a little credit for this underrated delight.