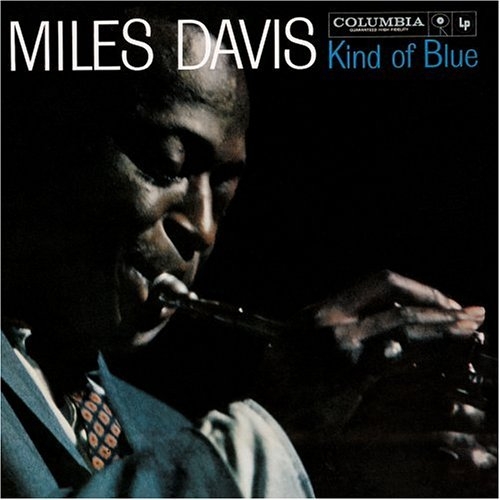 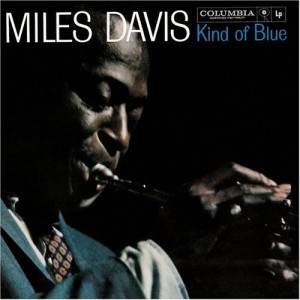 Is it bad that I had to wait 21 albums into this audio odyssey before I got to an album I already owned? Well here it is, Kind of Blue, the album that automatically gets chosen on my iPhone when I want things to get mellow and First Aid Kit or the “Solaris” soundtrack just aren’t cutting it.

I borrowed this off a former colleague a while back, almost a decade ago in fact, and despite my total non-interest in jazz (that I may have previously mentioned), I thought,” hey it’s Miles Davis – it’s generally accepted that Miles Davis is cool. Why not?”

And it stuck. I do like this album, I love the soft wail that starts “So what?”, I love the way it gets slightly Latin in “Flamenco Sketches”, I like how you kind of get lost in “All Blues”. I love the fact that apparently only one track needed a second take to get it right, and that the whole thing was done in nine hours.

And I love that it gave me something other than Portishead to play when the lights get turned down low.

Oh, by the way, how cool is this? Miles Davis and Prince – If I was your girlfriend (live)