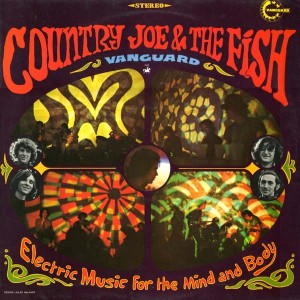 There’s something admirable about a left-wing activist who named his band after Stalin and Chairman Mao, putting together a radical psychedelic rock album in cold war America. But then this album is pretty daring when it wants to be.

This album is bluesy, psychedelic and yet still evokes that Southern rock sound that would come to prominence a few years later. It’s satirical (go on, try not to enjoy the pop at Lyndon Johnson on “Superbird”), it’s richly textured, with wonderful blues tracks like “Death Sound Blues” and drifting ballads like the perplexingly titles “Happiness is a Porpoise Mouth”.

But it’s the proto-acid tinge to it all that you’ll take away from this album, with surreal moaning guitar chords and Hammond organ pushing their way to the front until you know you’re in San Francisco 1967. That those sounds were new is testament to how courageous this album was, but it’s also wonderfully mellow (check out the blissful yet cheeky “Section 43”) and feels cosy even when it’s rocking, on tracks like “Not so sweet Martha Lorraine”.

Maybe it’s hindsight that makes me want to review this from the perspective of the music it led to, but I really shouldn’t, because this is a fine rock album in its own right, and for all its bravado, quite a joyful afternoon listen.