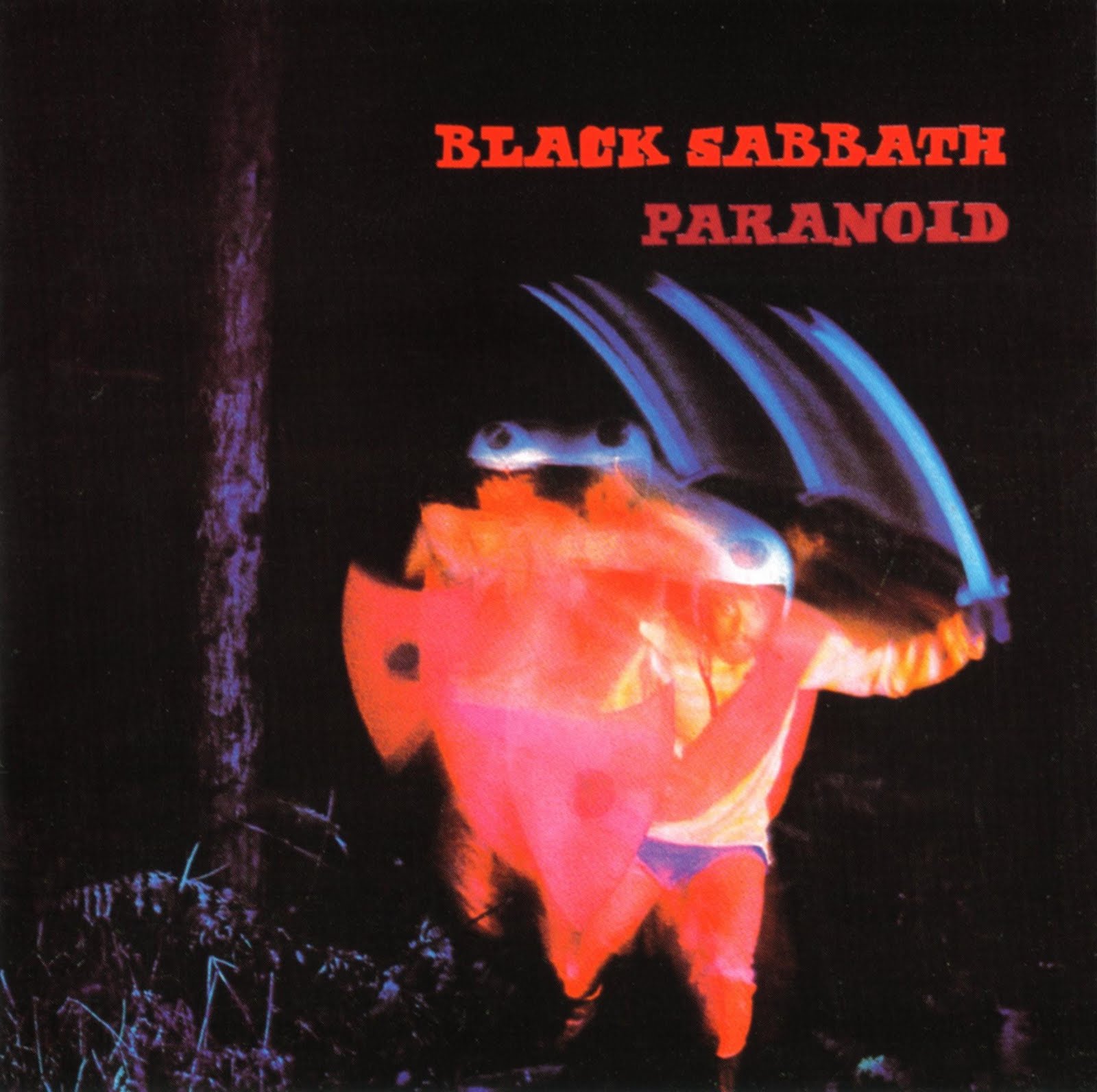 If “Black Sabbath” was a landmark, then this follow-up is a big bastard monolith that towers above it. Tough, fierce and deliciously dark, “Paranoid” is probably Ozzy’s finest hour, and a big scary classic.

“It’s tough, resilient music, and you know you can dip it underwater and like an AK-47 it still works” – Henry Rollins 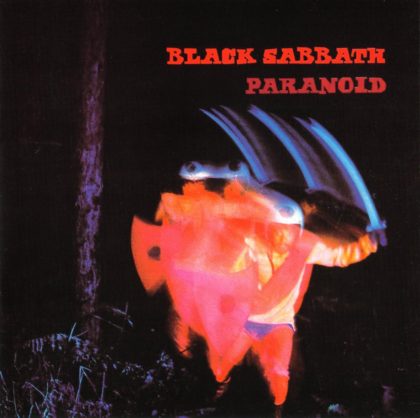 Things were starting to get exciting in 1970, and a trinity of British hard-rocking bands was emerging with the rise of Led Zeppelin, Deep Purple and of course, Black Sabbath.

Ozzy and the boys had already had some success with the seminal (if far from perfect) first album, “Black Sabbath”, but it was with this one, just seven months later, that things really started to heat up.

As the first track opens, the fearsome “War Pigs”, you can almost feel a dark shadow growing over you, with Iommi’s now familiar growling riffs slowly growing, and that feeling builds up before the vocals kick in. Throughout, you’re sat there thinking “Fuck yeah…” as it unfolds. It’s been described as “A Hieronymus Bosch painting brought to life” and that’s a good analogy. The lyrics start awkwardly (I still flinch at “Generals gathered in their masses, Just like witches at black masses…”), but there’s some powerful commentary in here.

Lyrics were never Sabbath’s strong point, and they were never meant to be. Ozzy freely admits that “(we) used to write songs in the van, get to the gig and I would sing any old shit, as long as it had got a melody with it.”. On “Paranoid”, arguably Sabbath’s most famous track, the lyrics are a minor part of the track, and it’s the claustrophobic, foaming-at-the-mouth ferocity that gets you.

“Planet Caravan” has always been a controversial addition to the album; it’s a slow-burning slice of psychedelia that feels like it’s stowed away on the hyperspace jump from their first album to here. But  things soon get back on track with the menacing “Iron Man”. Conceived around its riff, like so many tracks on the album, it’s thunderous, dark and yet exciting. Originally the song was going to be called “Iron Bloke” but the Marvellous moniker works better.

I’ve used the word ‘sinister’ a few times in this review, but it’s an adjective that fits best with the apocalyptic vibe that fills “Electric Funeral”, mixing ominous guitar, some rather nifty drumming and Ozzy right in his element, to create what’s probably the highlight of the album.

“Hand of Doom”, an epic nightmare about the dangers of heroin, is where the lyrics actually get smart, creating a suffocating nightmare that sounds like it created grunge twenty years early. “Rat Salad”, a short instrumental, is often slated as jamming nonsense, but there’s some impressive moments to be found, including some satisfyingly Spinal Tap drum solos.

The album closer, “Faeries Wear Boots” grew to be a live favourite, and it’s got its fair share of epic. Actually a song about a shady encounter with some skinheads, it might as well be a tale of a trek across Mordor for all the mystery it packs in. It’s a great closing track, not necessarily all that good but big, bold and bastardy.

If “Black Sabbath” was the ‘first heavy metal’ album, as has been mooted, then this might be its first masterpiece. It’s an album that defines the Sabbath sound, making the most of Ozzy’s vocals, Iommi’s guitar and Geezer Butler’s impressive drumming, and creating something that was new but would be imitated for decades to come.

Shame about the cover really.