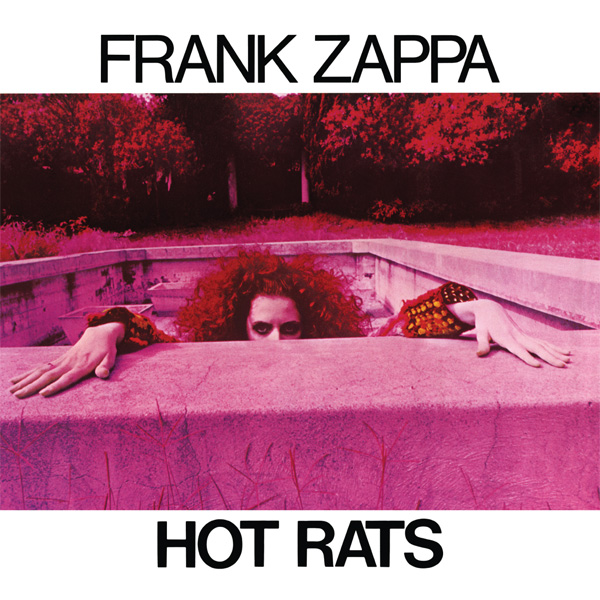 There’s a lot of wizardry to be enjoyed here, and it should be celebrated if only because it’s a Frank Zappa album that I don’t want to punch myself in the head after listening to. 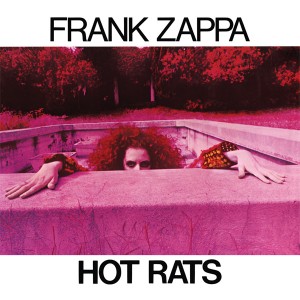 OK, I’ll admit it, I didn’t get along too well with The Mothers of Invention or Captain Beefheart on this list, and there’s a part of me that suspects I’m doomed to be forever “what the fuck?” when it comes to Frank Zappa. This album though… this album gives me some hope.

For a start it’s almost entirely instrumental, so there’s less Frank Zappa the incomprehensible nitwit and more Zappa the musical polymath to get my teeth into. And it’s quite enjoyable. As much as anything, there’s a lot going on here, and it’s one of those albums that opens up a little more with each repeated listen.

The opener, “Peaches in Regalia” is subdued compared to the rest of the album, and features chords, horns and bass that would be more suited to Funkadelic. And “Willie the Pimp” does kind of rock, and even sounds like it’s got a touch of funk about it. Damn, does it get out of control though – quite stunning guitar work. Captain Beefheart appears early on doing his Howling Wolf thing, making this the only non-instrumental track, but it’s still the background that commands attention. Amazing guitar work, did I say that earlier? Well yes. Awesome.

“Son of Mr Green Genes” carries on the peculiar with a deeper delve into the jazz side of things. It’s not the high point on the album – in fact it feels needlessly overmelodic in places. That said, the guitar does kick in at about 1:25 thanks to Mr Z himself, so you forgive it at least some of its trespasses.

“Little Umbrellas” is a short little piece that’s fundamentally jazz at its heart. It starts off feeling very Miles Davis, but as it goes on, chaos starts to ensue.

“The Gumbo Variations” though is where the heart of this album lies. Totally avant grade and hard to listen to in places, it applies the ethos (and insanity) of freeform jazz to the rock canon, merging two genres in a way that feels unique. At over 16 minutes long it’s got time to explore itself, and you’ll enjoy the ride if you’re baked enough. Otherwise grab some paracetamol.

It’s only when we get round to the closing track, “It must be a Camel” does the wankery start to annoy me. And even that has a pretty snazzy drum break at around the 4-minute mark that’s kind of amiable.

“Hot Rats” isn’t the greatest album of all time, not even the greatest instrumental album of all time. But there’s a lot of wizardry to be enjoyed here, and it should be celebrated if only because it’s a Frank Zappa album that I don’t want to punch myself in the head after listening to. Zappa himself described the album as “a movie for your ears” and there’s certainly a widescreen feel to the whole thing.

That it defies genre-stereotyping (is this rock? Jazz? Soul? Psychedelia?) is part of its charm, but it’s a smart piece of work that deserves a few listens to really explore.